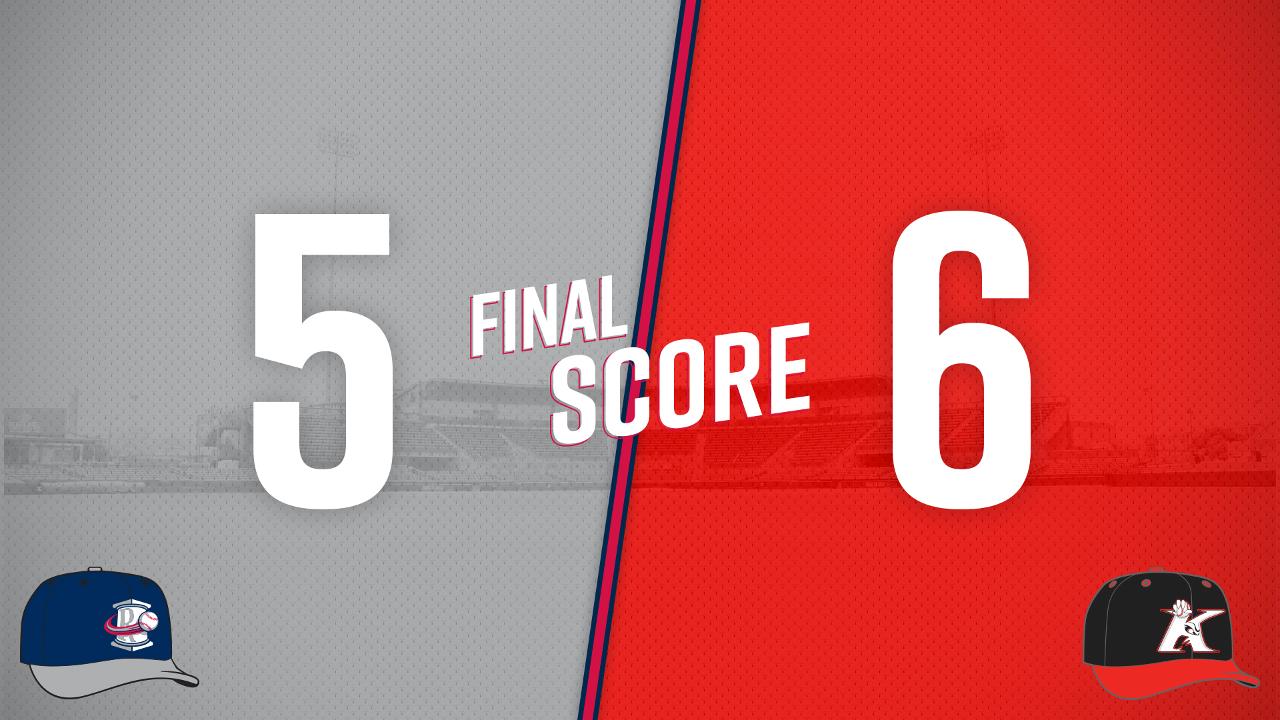 KANNAPOLIS, NC - The Rome Braves got clutch hits late from Griffin Benson to erase a pair of Kannapolis leads but it wasn't enough as the Intimidators got a walk-off single from Andrew Vaughn in the Bottom of the 9th inning to defeat Rome 6-5. The loss gave the series to Kannapolis and put the Braves back into a tie for 1st place in the Southern Division with Augusta.

Rome held a lead for much of the game, scoring two runs in the 1st inning on a single by Ricardo Rodriguez. Kannapolis eventually got to Braves starter LHP Dilmer Mejia, scoring four runs off him in the 5th inning to take a 4-2 lead.

The Braves trailed until a two out, two run blast by Benson out to right field in the 8th inning. The homer sailed over the visitor's bullpen and tied the game 4-4. Kannapolis retook the lead with a run in the Bottom of the 8th and was up 5-4 when Rome would stage another comeback.

Justin Dean opened the 9th with a double and later found himself at third base with two outs. Benson again stepped to the plate in a big spot and came through, singling against the defensive shift to score Dean and tie the game 5-5.

Kannapolis and Vaughn walked it off against Rome reliever RHP Kasey Kalich to end the game. Rome has now lost seven of nine matchups against Kannapolis at Intimidators Stadium this season.