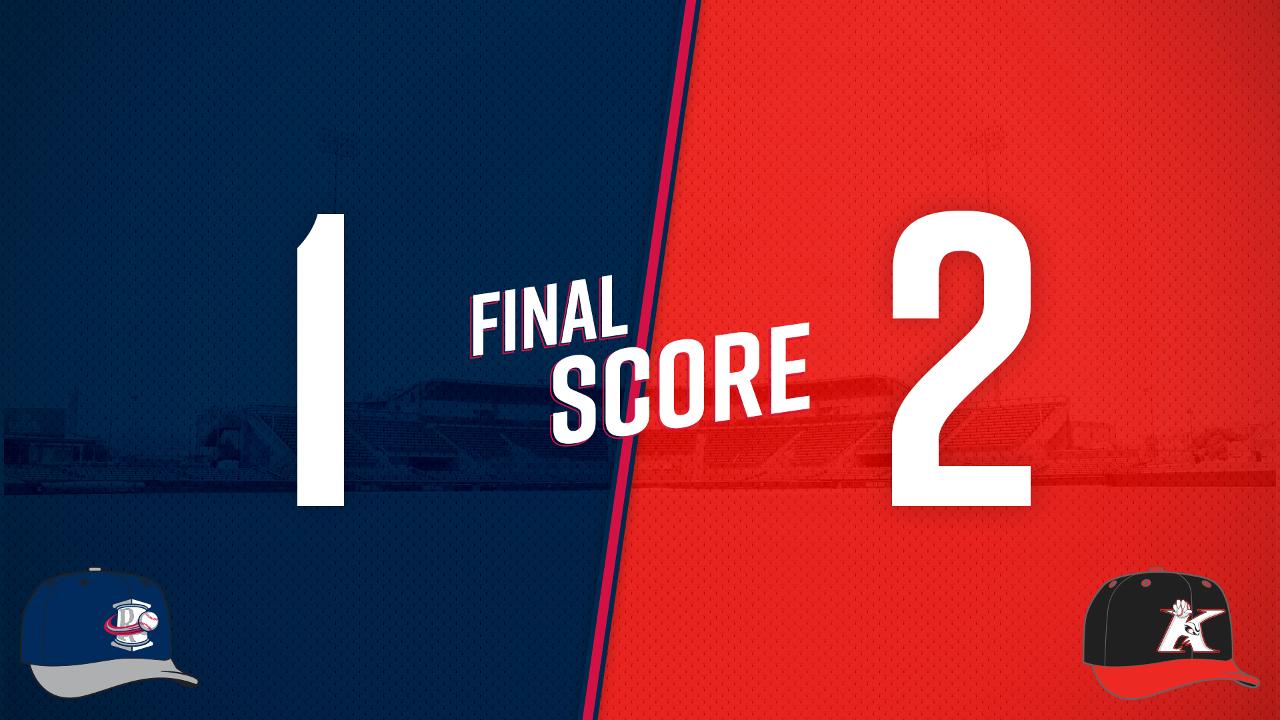 KANNAPOLIS, NC - Despite outhitting their opponents and having plenty of chances to drive in runs on Sunday afternoon, the Rome Braves could not capitalize with runners in scoring position against Kannapolis and lost 2-1 to the Intimidators in the series finale. It was Rome's third consecutive defeat.

Kannapolis scored both their runs in a three hit rally against Rome starter RHP Trey Riley in the 3rd inning. Back-to-back doubles by Lenyn Sosa and Luis Curbelo gave the Intimidators a 2-0 lead that would ultimately stand up the rest of the game. Riley and reliever Jose Montilla allowed only five hits and one walk across eight well-pitched innings but the Braves offense was unable to muster a rally.

Rome had leadoff doubles in the 5th and 7th innings and did not score. They left the bases loaded in the 8th and finished 1-11 with runners in scoring position, leaving 11 men on base. Kannapolis used four pitchers to complete the game and made a winner out of LHP starter Konnor Pilkington who threw 5.2 shutout innings and racked up six strikeouts.

Greg Cullen provided the only run of the game for Rome with a leadoff homerun in the 8th inning. Rome hit six homers in the four game series against Kannapolis. Darling Florentino finished 2-4 with a double. Rome lost the final three games of the series but by a combined total of only four runs.

The Braves continue their road trip on Monday evening in Columbia, South Carolina against the Fireflies. First pitch in the series opener is scheduled for 7:05 pm at Segra Park. Rome puts RHP Odalvi Javier on the mound. Columbia has not announced their starting pitcher for the game.