Sacramento one win away from capturing PCL Championship 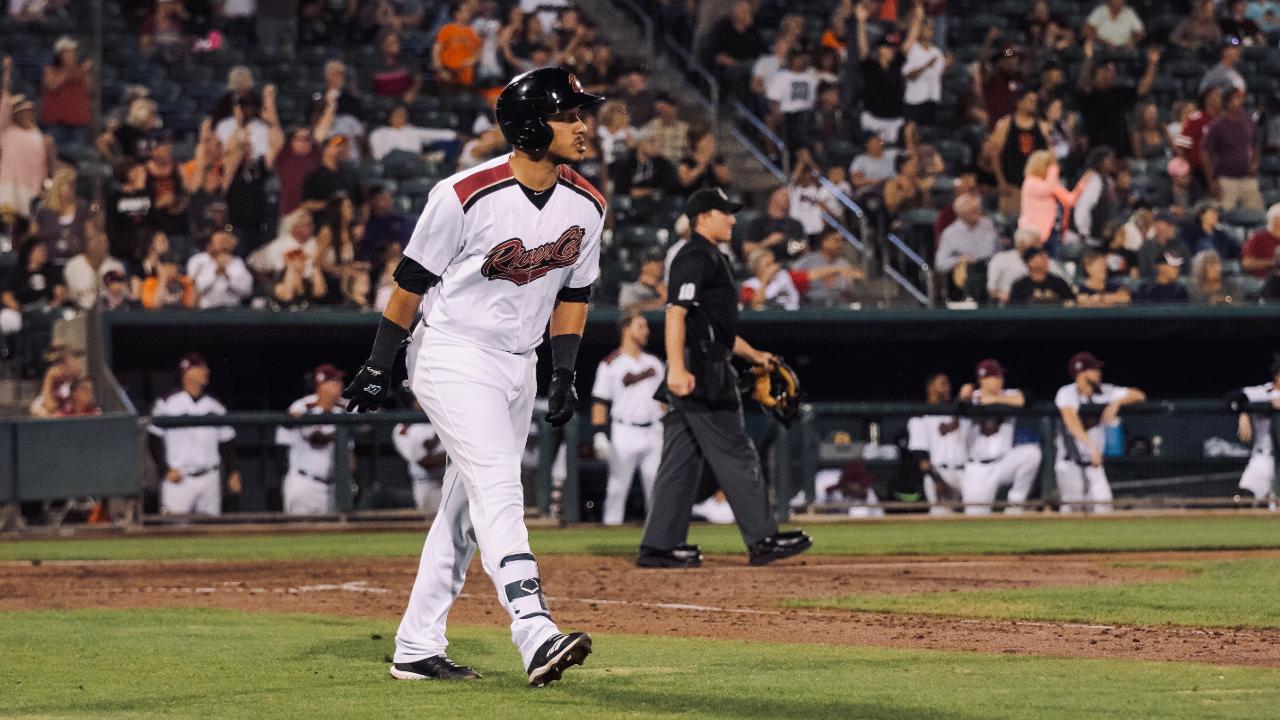 WEST SACRAMENTO, Calif. -- The Sacramento River Cats (2-0) are on the brink of clinching their first Pacific Coast League Championship since 2008 with a 4-2 victory over the Round Rock Express (0-2) on Wednesday night.

Infielder Cristhian Adames broke a scoreless tie with an RBI-double in the third inning, then launched a solo home run over the center field fence as part of a three-run sixth inning for Sacramento. The eventual winning runs were plated on a bloop single from outfielder Jacob Heyward.

Right-hander Chase Johnson pitched well again for the River Cats, going five or more innings for the second consecutive outing. He struck out four and allowed just one run, making it nine strikeouts and three earned runs in 10 postseason innings for a 2.53 ERA.

Following an off day, right-hander Carlos Navas (1-0, 0.00) will be on the mound for the River Cats as they look to sweep Round Rock and advance to the Triple-A National Championship Game. The Express will counter with righty Rogelio Armenteros (0-1, 4.76). First pitch is set for 5:05 p.m. (PT). Listen to all of the action live online at rivercats.com, on the MiLB First Pitch app, and on Money 105.5 FM beginning at 6:00 p.m. (PT).

• The club's newfound closer, right-hander Enderson Franco, secured his second save of the postseason with a scoreless ninth. Franco made 22 starts for the River Cats throughout the season and sat in the low 90s with his fastball. Though as the club's ninth-inning guy in the playoffs, he's consistently topped 98 miles per hour and looked dominant during his two saves.

• In the International League, the Columbus Clippers have two wins under their belt and will look to sweep Durham with a Game 3 victory on Thursday. The Bulls will need three straight wins if they want to secure their third consecutive Governors' Cup.