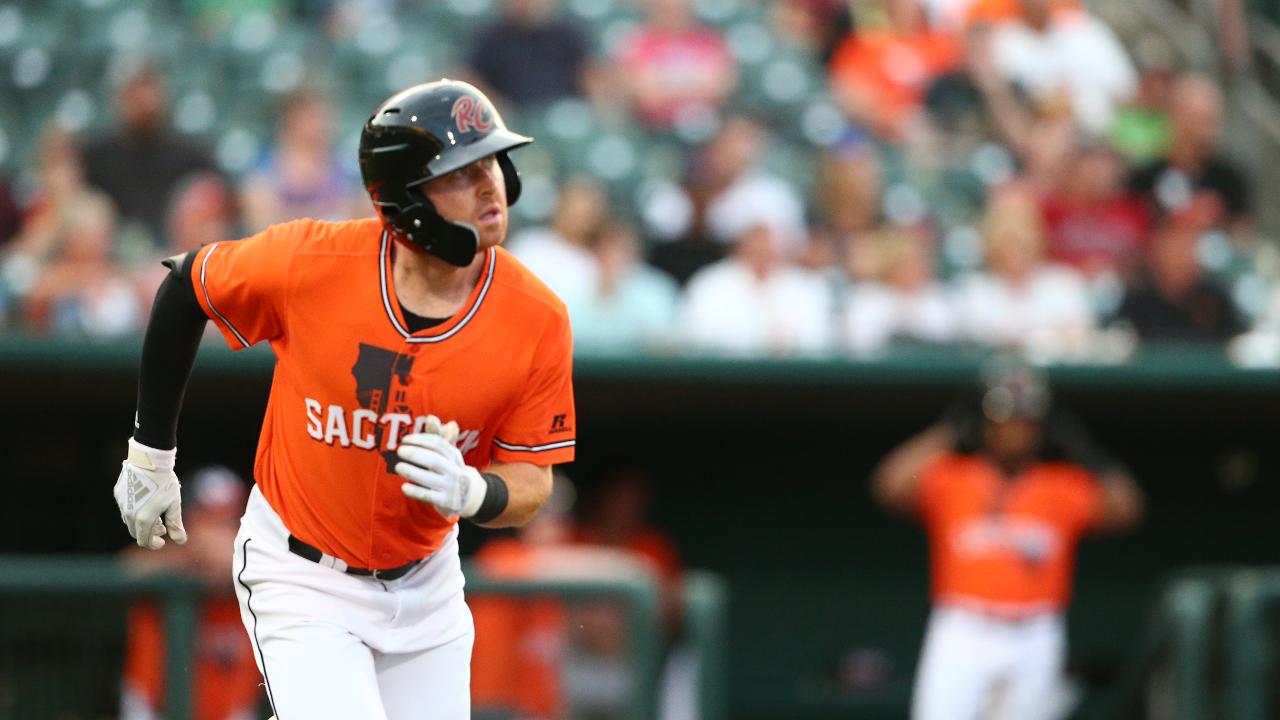 Center fielder Mike Gerber led the way for the River Cats, reaching base three times including a first-inning home run to give him 20 on the season. He finished the night going 2-for-3 with a walk, two RBI, and three runs scored.

The club tacked on some insurance runs in the eighth after they loaded the bases with no one out and managed to score all three runners while failing to record a hit. Two ground outs go a pair of runs home, followed by a passed ball that allowed the third to score. All told, the offense was highly efficient, scoring eight runs on just six his throughout the game.

• The River Cats were facing four former teammates in Saturday night's matchup as outfielder Mac Williamson, infielder Kelby Tomlinson, and relief pitcher Hunter Strickland all made appearances for the Rainiers. A fourth, infielder Orlando Calixte, was on the bench for Tacoma. All four players were on the River Cats at some point during the 2018 season, including Calixte who led the squad in games played (125).