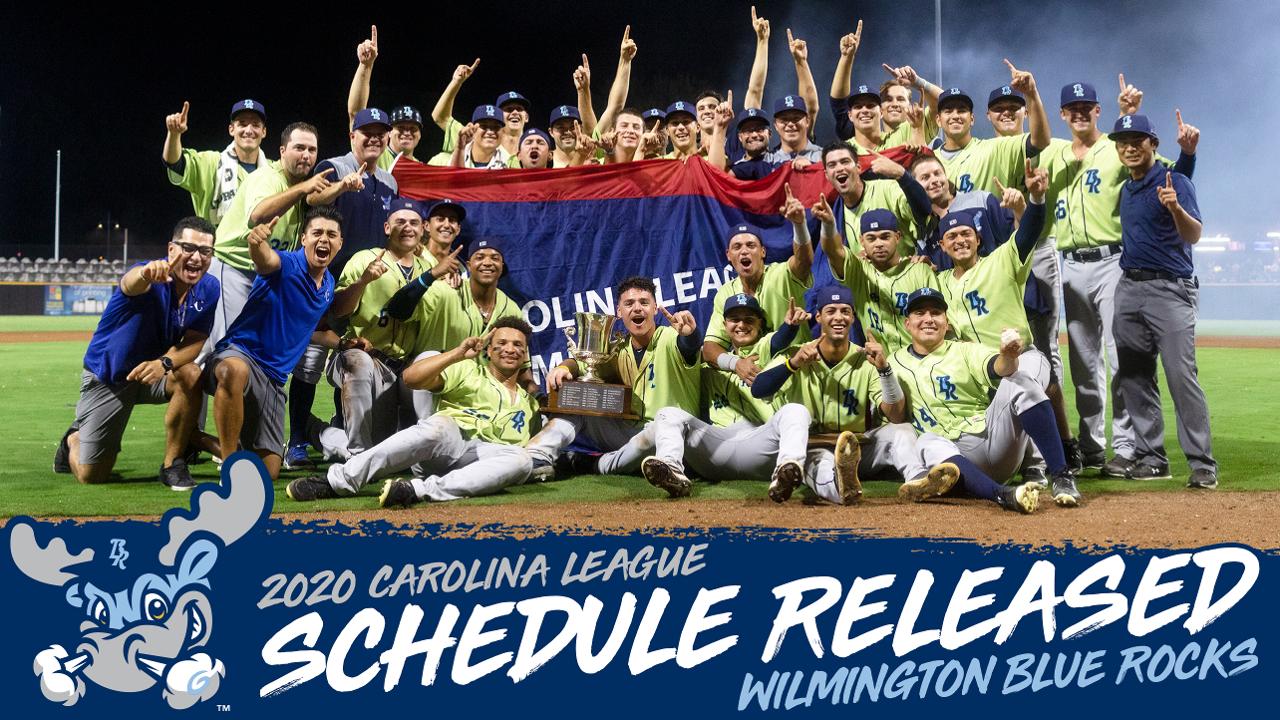 Wilmington, DE - The 2019 Carolina League champion Wilmington Blue Rocks released the team's 2020 schedule on Monday. The Blue Crew will begin their Mills Cup title defense on the road in Myrtle Beach on Thursday, April 9. After a seven-game road trip to open the season, the Rocks will return to the First State for their home opener against the Salem Red Sox on Thursday, April 16 at Frawley Stadium.

Wilmington will play just eight home contests in April, the second-fewest of any month all season. That trails only September's seven, but those contests all come during the first seven days of the season's final month, including the campaign's finale at Frawley Stadium on Labor Day.

The Rocks are on the road for the season's other two major holidays, playing at Lynchburg on both Memorial Day (May 25) and Independence Day (July 4). July is the month with the most action at Frawley Stadium, as the Blue Crew will host 16 affairs.

Wilmington closes the season's opening half on the road in Fredericksburg (home of the former Potomac Nationals), before enjoying an All-Star break from June 22-24. The Rocks open the campaign's second half in the First State when they welcome the Frederick Keys to town on Thursday, June 25.

Season tickets for the 2020 campaign are on sale now, while mini plans and group packages are available in October Individual tickets will be released in February, as will the team's promotional schedule. For more information the team's website is BlueRocks.com.