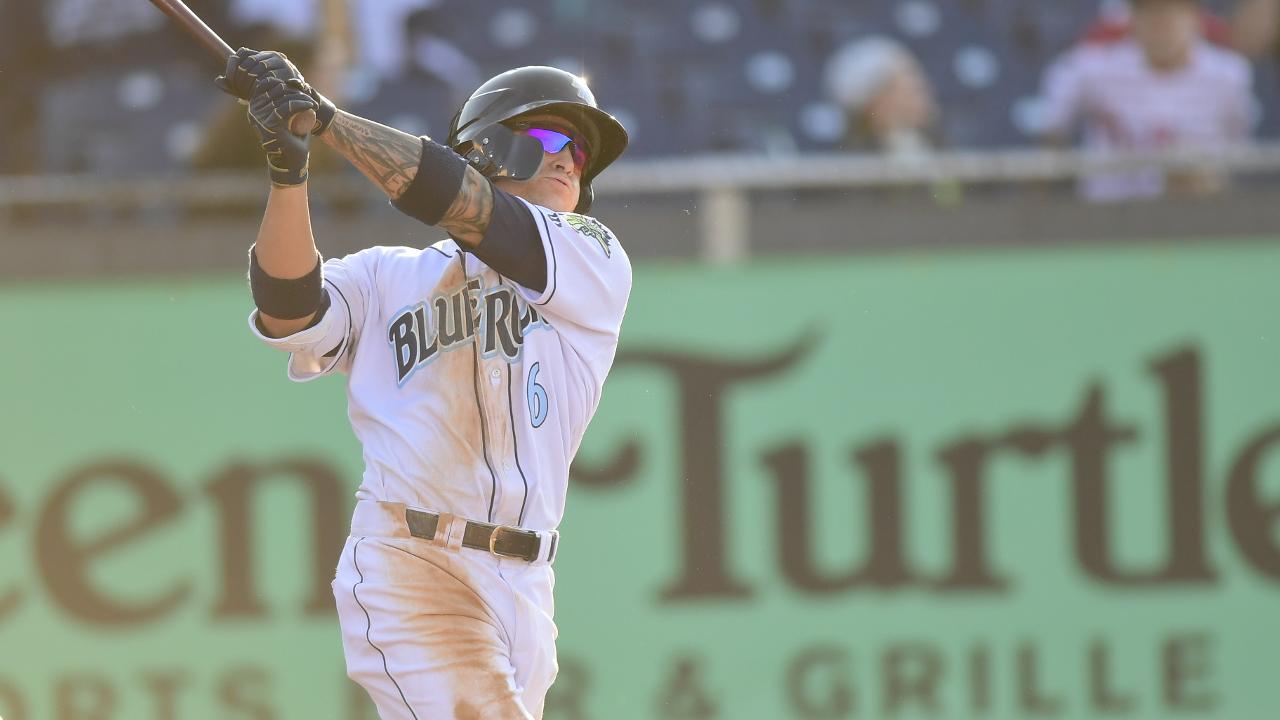 Wilmington, DE - The Arizona Fall League's season has come to an end and two former Wilmington Blue Rocks in outfielder Kyle Isbel and right-handed pitcher Ashton Goudeau were named to All-AFL Team thanks to their standout out performances amongst some of the most talented prospects in the game.

Isbel, a third-round pick by Kansas City in the 2018 Draft out of UNLV put up solid numbers in what was an injury-plagued first year at the Advanced-A level. After being one of the hottest hitters to start in the Carolina League, Isbel suffered a hamstring injury and then broke his hamate bone and played in just 52 games for the Blue Rocks. However, he played a vital role in the Blue Crew's Mills Cup Championship run and continued his playing in the Arizona Fall League.

For the Surprise Saguaros, the eighth-ranked prospect for the Royals once again played an important role in leading another team to the championship series as he led the club in most offensive categories while hitting .315 with a home run and drove in 16 runs and stole six bases in 21 games. He was also named an Arizona League Fall Star.

Goudeau was the pitcher who stopped Isbel and the Saguaros from winning the AFL Championship, earning the win with two and two-thirds scoreless innings with three strikeouts to help the Salt River Rafters win the title. Working strictly out of the bullpen, Goudeau was remarkable. He did not allow an earned run, racked up 18 strikeouts and did not walk a batter while allowing just four hits over 13 scoreless innings with the Rafters.

The 27-year-old right hander was originally a 27th round pick by the Royals in 2012 out of Metropolitan Community College. He spent six seasons in the Kansas City organization, including parts of the 2015-16 campaigns with Wilmington where he went a combined 8-6 with a 3.89 ERA 31 appearances with 10 being starts. Goudeau signed with the Colorado Rockies as a free agent in the fall of 2018 and spent the year with Double-A Hartford. He posted a 2.07 ERA in 16 starts racking up 91 strikeouts while walking just 12 in 78.1 innings of work.