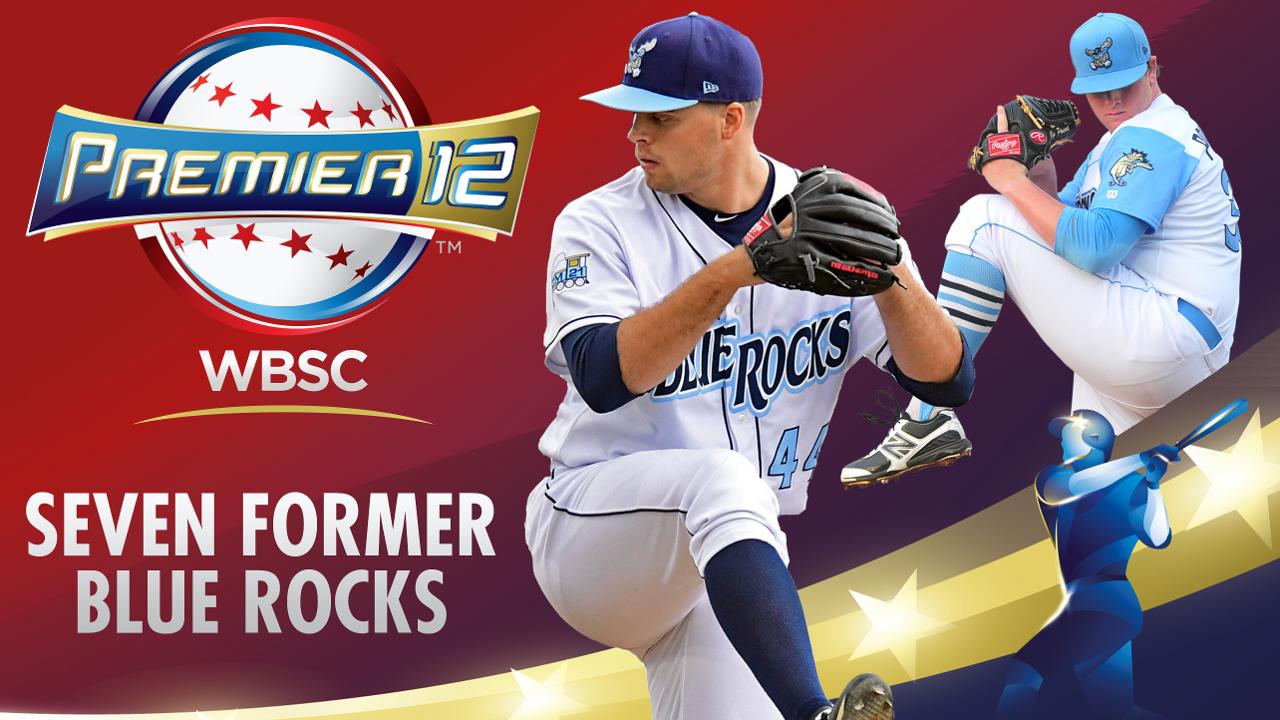 Seven former Blue Rocks are competing to participate in the 2020 Summer Olympics.

Wilmington, DE - For the first time, the WBSC Premier 12 Tournament is serving as a qualifier for the Olympic Games which will be held in Japan in 2020. Seven former Blue Rocks are representing four different countries in the global circuit as they all look to represent their home country in the summer Olympics. The top finishers from the Americas territory and Asia/Oceania region will join Team Japan, who already qualified as host, to play in the Olympics.

Pitchers Daniel Tillo and Brooks Pounders are both on Team USA who won a win-or-go-home game against the Dominican Republic earlier in the week to advance to the next round of the tournament and keep their Olympics hopes alive. Tillo spent parts of the 2018 and 2019 season with the Blue Rocks and during the Rocks Mills Cup Championship winning season, he went 7-8 with a 3.77 ERA in 20 starts before being promoted to Double-A to finish out the year. Pounders had three stints with Wilmington in 2012, 2014 and 2015 before making his big-league debut with the Royals in 2016. He currently is with the New York Mets organization and has a 4-2 record with 47 strikeouts in 45 career relief appearances.

Infielder Jack Lopez , who was a 16th round pick by Kansas City in 2011, represents Team Puerto Rico. He spent three straight seasons with the Rocks from 2013-2016. Lopez has the franchise record for most at-bats as a Blue Rocks with 1,312, played in the second-most games (348) and is third all-time with 299 hits.

Venezuela has the most former Blue Rocks on its roster with Andres Blanco , Andres Sotillet and Jecksson Flores . Blanco, who was Lopez's teammate this past season with the Gwinnett Stripers, the Triple-A affiliate of the Atlanta Braves, played with Wilmington in 2002 and 2003. In 2003, he played in 112 games and hit .244 with 11 doubles, three triples and drove in 25 runs. Sotillet, a right-handed pitcher, finished the 2018 campaign on the Riverfront and went 2-6 with a 5.40 ERA in 10 starts. He spent all of the 2019 season in Double-A Northwest Arkansas. Flores, a utility infielder, spent all of 2017 with the Blue Crew. In 96 games playing four different positions, the right-handed hitter hit to the tune of .257 with a pair of home runs and 21 RBI. After a very successful 2018 in Double-A where he hit a career-best .314, he spent the 2019 season in Triple-A Omaha and hit .249 in 116 games with a career-high eight home runs and 52 RBI.

The bench coach for the 2019 Mills Cup Championship Blue Rocks Allan de San Miguel is playing for Team Australia. The Perth native began his career with the Minnesota Twins organization and has played in the Australian Baseball League with the Perth Heat for six seasons from 2010 through 2015 and was a four-time ABL Champion with the Heat.