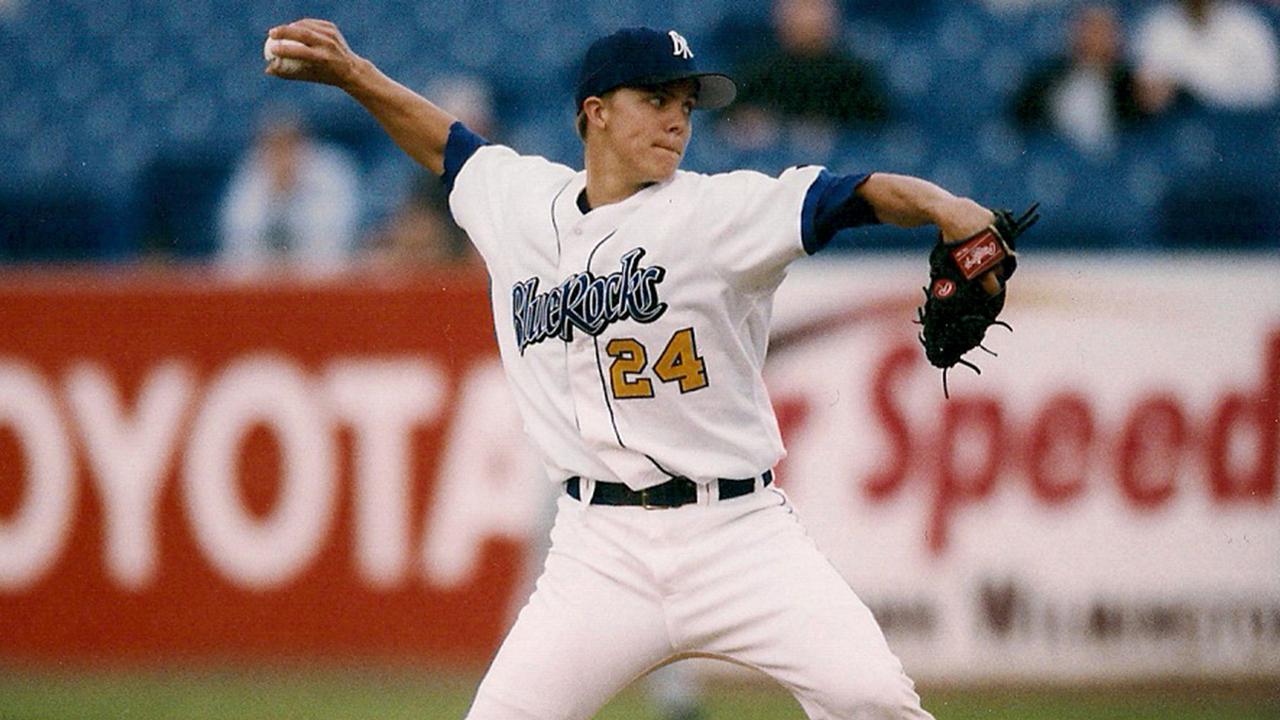 Wilmington, DE - The Wilmington Blue Rocks just completed an historic postseason as the franchise captured its first Mills Cup championship in two decades. Now a handful of Blue Crew alums are hoping for similar playoff success at the sport's highest level. Five former Blue Rocks are on active rosters in this year's MLB Playoffs, while four coaches who spent time on the Riverfront will also partake in the postseason fun.

Unfortunately for two of the Wilmington alums, their postseason run was far shorter than they had hoped. Sean Manaea got the start in Wednesday's AL Wildcard game and endured an uncharacteristically rough night. The left-hander allowed three homers and was chased after just two innings, taking the loss after his Athletics dropped a 5-1 decision to Tampa. Manaea spent the 2014 season with the Rocks, going 7-8 with a strong 3.11 ERA. He also made four starts for Wilmington in 2015 before making his Major League debut in Oakland the next year.

The night before Mike Moustakas also struggled, going 0-for-4 as his Milwaukee Brewers fell victim to a late rally from Washington in the National League Wildcard game. Moustakas drove in 86 runs and clubbed 16 homers as a Blue Rock in 2009. At the time, the 16 dingers were the most by any Wilmington player in almost 10 years.

Anibal Sanchez was on the winning end of that crazy comeback against the Brewers. The Nationals pitcher made 30 starts in 2019, posting a 3.85 ERA and a 1.27 WHIP with Washington. The righty was dominant during his one season with the Blue Crew. He went 6-1 with a 2.86 ERA in 14 starts as a Rock.

Two more Wilmington alums will begin their postseason on Friday. Zack Greinke is slated to get the ball in Game Three of the ALDS as his Astros battle the Rays, while Jake Odorizzi will start one of the ALDS games for Minnesota against the Yankees.

Wilmington also has three former players who have become coaches and are on postseason staffs. Sal Fasano played for the Rocks in 1994 and is the Braves catching coach. Kyle Snyder pitched for the Blue Crew in 2000 and 2002 and now tutors the Tampa pitching staff. Joe Dillon was an infielder in Wilmington in 1999 and is now Washington's assistant hitting coach. He works for hitting coach Kevin Long, who had the same position in Wilmington in 1998.

The Wilmington Blue Rocks are the Advanced-A affiliate of the Kansas City Royals and the 2019 Mills Cup champions. Season tickets for the 2020 campaign are on sale now, while mini plans and group packages are available later this month. Individual tickets will be released in February, as will the team's promotional schedule. For more information the team's website is BlueRocks.com.