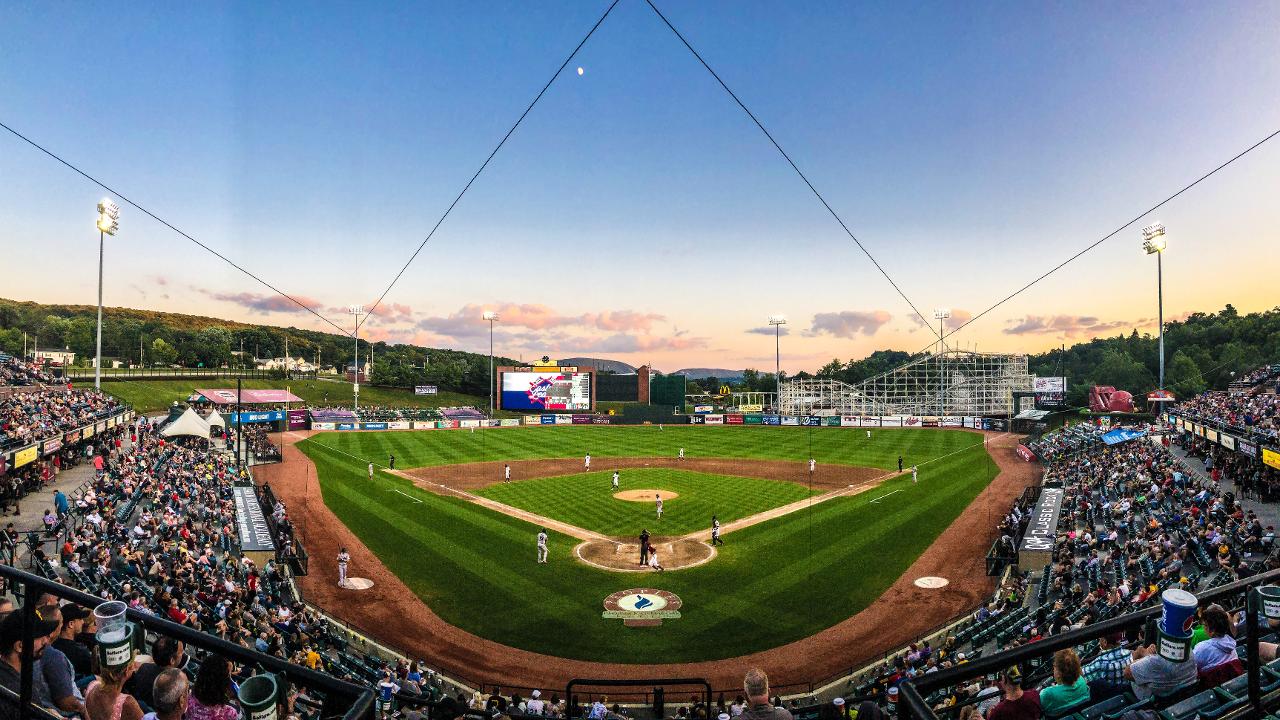 CURVE, Pa. - The Altoona Curve, Double-A affiliate of the Pittsburgh Pirates, announced the complete game schedule for the 2020 Eastern League season on Friday. The franchise's 22nd season of professional baseball features a balanced schedule of no fewer than 13 and no more than 14 games per month.

The 2020 schedule features 70 home games, beginning with Opening Night on Thursday, April 9 against the cross-state rival Erie SeaWolves, Double-A affiliate of the Detroit Tigers. The April 9 start date ties the latest season opener in team history. The season's first homestand includes an off day on Easter Sunday (April 12) between a pair of three game series.

Altoona's final home games of the year will be part of an eight-game homestand from Thursday, August 27 through Thursday, September 3. The team closes the 2020 season with a four-game series from Friday, September 4 through Labor Day (Monday, September 7), at The Diamond, home of the Richmond Flying Squirrels, Double-A affiliate of the San Francisco Giants.

The Curve will host their popular Independence Day celebration for the fourth consecutive season at PNG Field on Saturday, July 4 versus Erie to start a three-game series.

"We're really happy to play at home again on the Fourth of July," said Curve general manager Derek Martin. "That is one of the many advantages to this schedule for 2020. Looking closer at April and May, we will be home on four out of eight weekends. To be home 50-percent of the time at that point of the year is a real win. It allows us to be pretty creative on what we do with those nights."

Season ticket packages for all 70 of the 2020 Curve home games are on sale now, with special discounted rates available for fans who pay in full by October 21, 2019. Fans interested in purchasing season tickets for the 2020 season can reach out by phone at 877.99.CURVE or stop by the Peoples Natural Gas Field offices.

All eight games on the club's final homestand from August 27-September 3 will begin at 6 p.m.

"The 6:30 summer game times worked really well for fans," Martin said. "We accomplished what we hoped with that change for 2019 and look forward to doing that once again for the new season next spring."

In 21 seasons, the Curve have welcomed nearly seven million fans to Peoples Natural Gas Field, received multiple recognitions as one of Minor League Baseball's top franchises and have seen over 170 alumni go on to play in the Majors.

The Altoona Curve, 2010 and 2017 Eastern League Champions, have been the Double-A affiliate of the Pittsburgh Pirates since 1999. For tickets or more information, visit AltoonaCurve.com, call 877.99.CURVE or stop by the PNG Field box office. Additionally, the Stockyard Team Store is open Monday-Friday from 9 a.m. to 4 p.m. on non-gamedays and online 24/7/365.