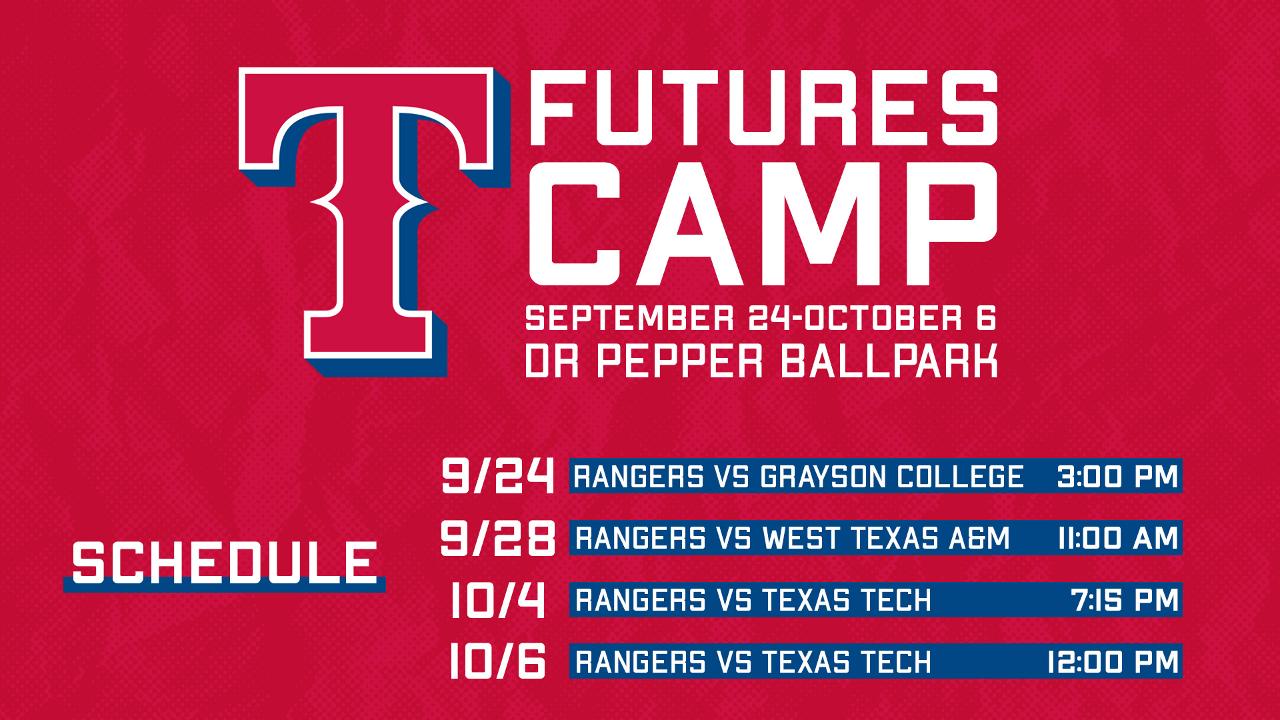 FRISCO, Texas (Sept. 10, 2019) - The RoughRiders, in conjunction with the Texas Rangers, are hosting the inaugural Rangers Futures Camp this fall at Dr Pepper Ballpark.

The camp, featuring approximately 40 of the rising stars in the organization, concludes with a pair of games at Dr Pepper Ballpark against perennial college baseball powerhouse Texas Tech, which is coming off consecutive trips to the College World Series and has been to Omaha four times in the last six years, winning at least 40 games in five of those seasons. The first game against the Red Raiders is Friday, October 4 at 7:15 pm, while the other contest will take place Sunday, October 6 at noon. Tickets are just $10 for each game and are available here.

In addition to the two games against Texas Tech, the Rangers prospects will face off with Grayson College Tuesday, September 24 at 3:00 pm and West Texas A&M Saturday, September 28 at 11:00 am. General admission tickets for those games will be available at the box office on gameday.

The 2020 RoughRiders season begins April 16 at Dr Pepper Ballpark. Further information about the coming season, including the full schedule and ticketing information, will be unveiled in the coming weeks and months. For more information, visit RidersBaseball.com.