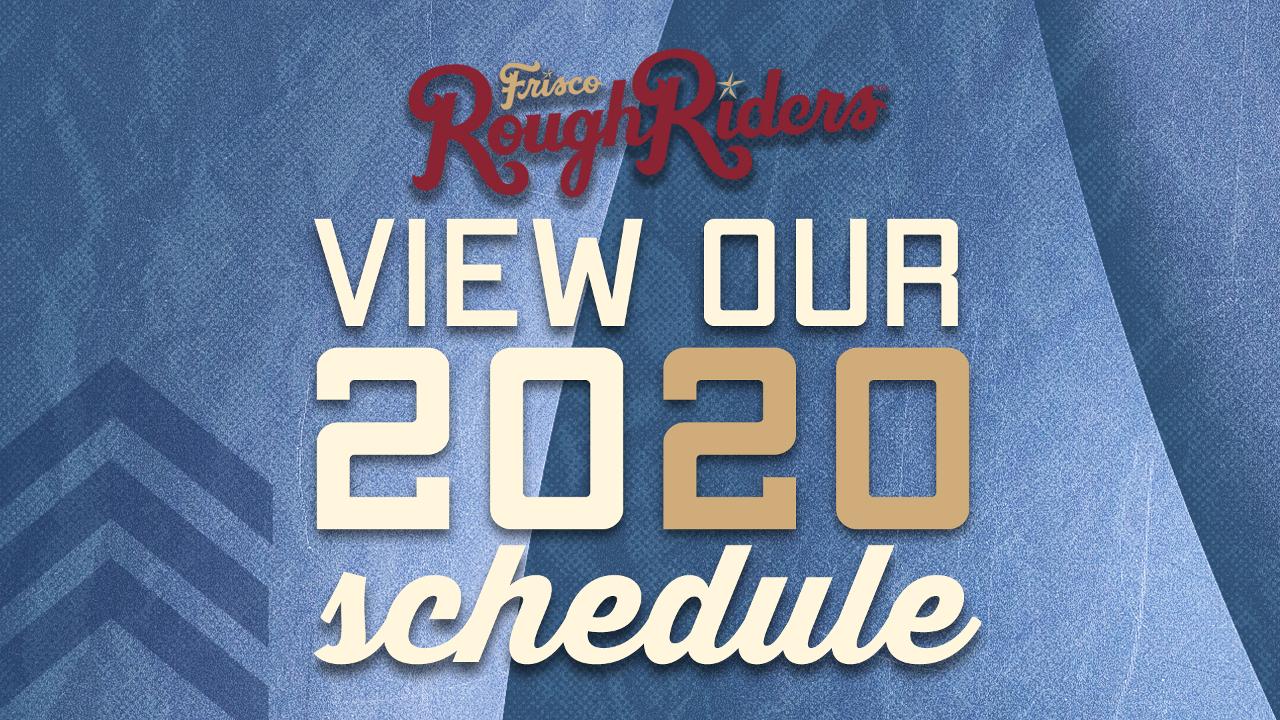 FRISCO, Texas (September 24, 2019) - The RoughRiders revealed their full schedule for the 2020 season Tuesday.

The new season in Frisco begins Thursday, April 16 after the Riders begin 2020 with a week on the road. Opening Day is part of an 11-game homestand to begin the season in Frisco, giving fans plenty of opportunities to welcome the 18th season of RoughRiders baseball.

Next season offers plenty of chances to see the Riders on the weekend, with 33 of the 70 home dates falling on Friday, Saturday and Sunday. Other special occasions include an early Fourth of July celebration on Friday, July 3 and a Labor Day game to close out the regular season.

First pitch for RoughRiders games will remain at 7:05 PM, with the following exceptions: Sunday games in April and May will begin at 4:05 PM, with June through September Sunday games beginning at 6:05 PM. The Riders will host five Education Day games in 2020; April 20th, April 22nd, and May 6th (first pitch at 11:05 AM); June 9th and September 2nd will begin at 12:05 PM. The regular season finale on Monday, September 7th will have a special start time of 4:05 PM. Click here to view the full 2020 schedule.

Further information about the 2020 season, including ticketing information and the promotional schedule, will be unveiled in the coming weeks and months. For more information, visit RidersBaseball.com.