Riders win fourth in a row against Corpus Christi 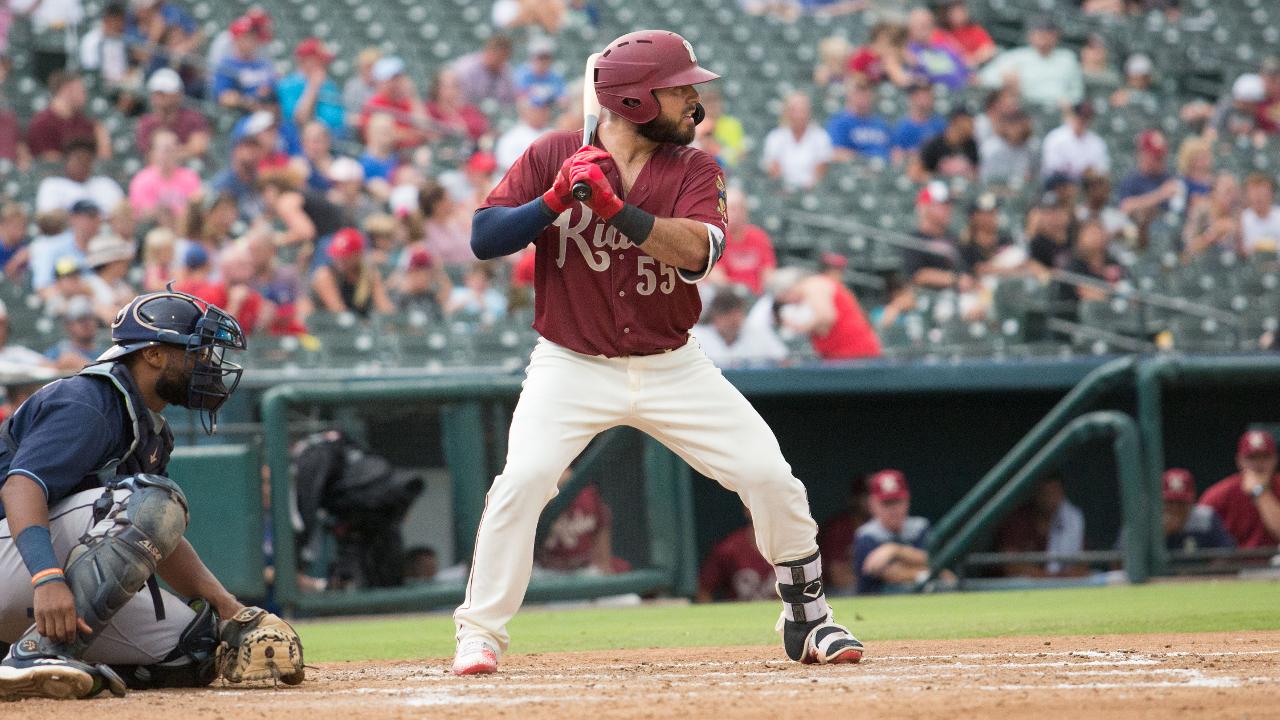 SYNOPSIS
* Both homers came off rehabbing righty Joe Smith, putting the Riders ahead 6-1. It was the second set of back-to-back homers for the Riders in the last five games, with Sanchez starting both.
* Yonny Hernandez collected three hits in Tuesday's win and Charles Leblanc reached four times on a hit and three walks.
* Emmanuel Clase worked the final two innings to complete his seventh save of the year.

NEWS AND NOTES
* The Riders have won four in a row against Corpus Christi, scoring 45 runs in that span.

The Frisco RoughRiders are the Double-A affiliate of the Texas Rangers and play their games at beautiful Dr Pepper Ballpark in Frisco, Texas. The team was founded in 2003 and has finished first among all Double-A franchises in attendance in each of the last 14 seasons (2005-2018). In August 2014, the RoughRiders were purchased by an ownership group led by Chuck Greenberg. Since then, the new ownership group, together with the City of Frisco, has spearheaded numerous major franchise enhancements, investing over $8 million in a wide array of facility upgrades and improvements, including a state-of-the-art HD video board, sound system, Bull Moose Saloon, InTouch Grille, Riders Outpost Team Store and the world's largest water feature in a sports facility, the massive Choctaw Lazy River. These enhancements earned the Riders and the City of Frisco Ballpark Digest's prestigious "Best Ballpark Renovation" award for two consecutive years (2015 and 2016). More than 150 former RoughRiders players have gone on to play Major League Baseball, including All-Stars Chris Davis, Adrian Gonzalez, Ian Kinsler and Neftali Feliz, as well as current Rangers stars Elvis Andrus, Joey Gallo, Isiah Kiner-Falefa and Rougned Odor. For more information on the Frisco RoughRiders and Dr Pepper Ballpark, please visit RidersBaseball.com or contact Ryan Rouillard at RRouillard@RidersBaseball.com.