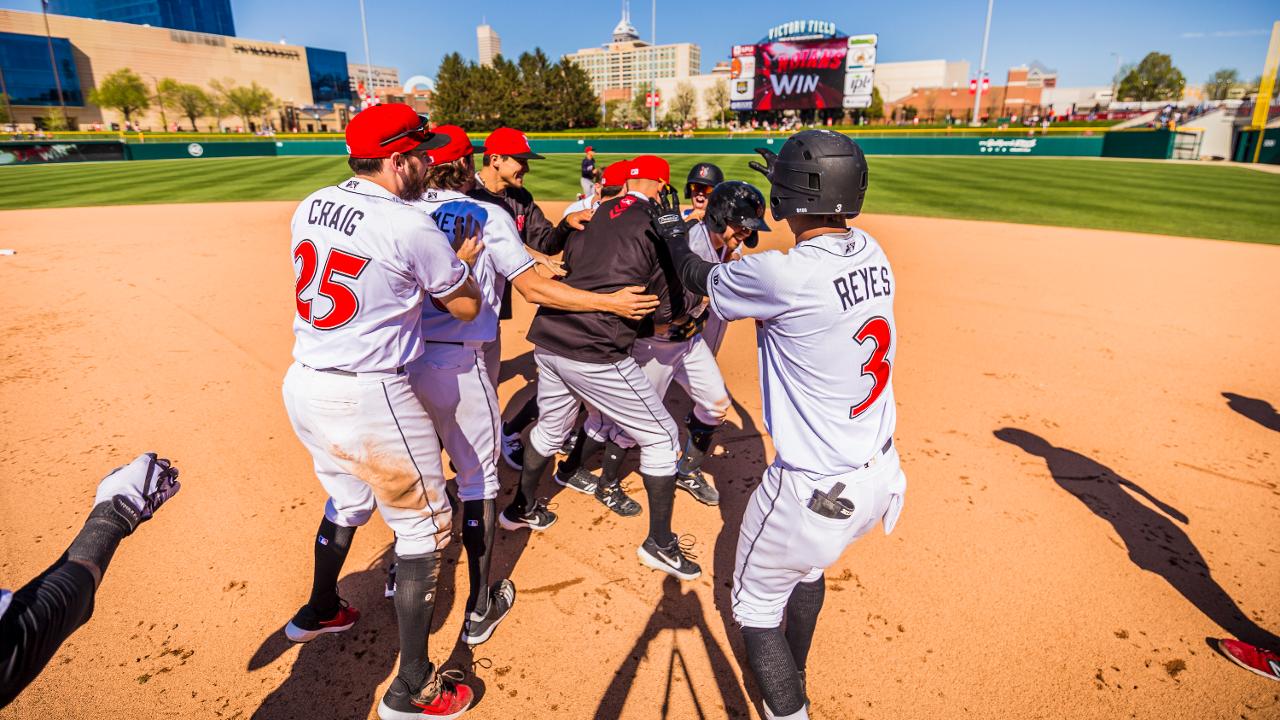 INDIANAPOLIS - Indy capped its longest homestand of the season - a 10-game stretch from April 11-21 - with an extra-inning, walk-off win over Louisville. The game was scoreless through nine innings, but a game-tying triple by Trayvon Robinson in the 10th frame and a single by Eric Wood in the 11th provided late drama in a 2-1 Tribe victory.

Mitch Keller set the tone for the low-scoring affair with a 1-2-3 first inning that featured his first two of eight strikeouts. Pittsburgh's top prospect delivered six innings in total, limiting the Bats to two hits and three walks, and escaped his biggest jam of the afternoon in the fourth with a strikeout and flyout to strand runners at first and second base.

Indy's offense couldn't capitalize on minimal chances against Keury Mella, as well. The Indians put two runners on with one away in the second but came up empty, and the Tribe didn't sniff another scoring chance until Mella was out of the game after seven shutout innings.

The Tribe's first look against the Bats' bullpen was promising, with consecutive singles by Erich Weiss and Steven Baron opening the eighth. Reliever Brandon Waddell bunted foul for a strikeout and Jake Elmore bounced into a double play, however, to erase the threat.

Louisville played small ball in the 10th to score the game's first run, using a sacrifice bunt and sacrifice fly in succession to go up 1-0. In the bottom half, Robinson lined a leadoff triple to right-center off Bats closer Anthony Bass to score Alfredo Reyes from second. The Indians had four chances to push across the winning run, but Bass prevented further damage to extend the game to the 11th.

Indy reliever Tyler Lyons put up a zero in the visitors' 11th, picking off Louisville's free baserunner at second base. He later struck out Indiana native Josh VanMeter and induced a groundout to keep the game level at 1-1. In the home half, Baron took third on a wild pitch ahead of walks to Elmore and Ke'Bryan Hayes that loaded the bases with no outs. Wood then delivered the winning knock, slashing a single into right field for Indy's second straight walk-off win.