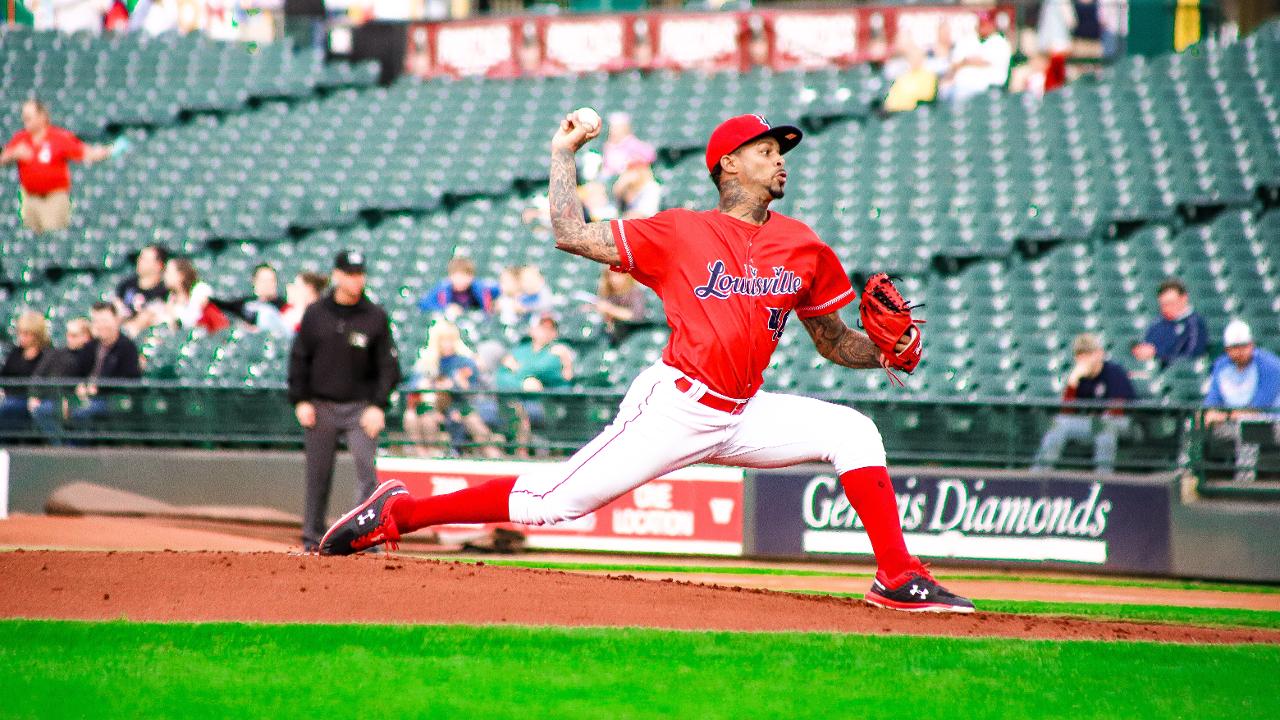 ROCHESTER, N.Y. - The Louisville Bats (49-68) defeated the Rochester Red Wings (59-58) by a 3-1 score Friday night in the series opener at Frontier Field. For the second straight night, the Bats showed resilience by coming back to win after trailing early.

Right-hander Vladimir Gutierrez (4-10, 6.61) was brilliant from the jump, coasting through 6.0 innings while allowing just one earned run on three hits, walking one and striking out four in the quality start. He allowed a solo homer to Tomas Telis, the only run the Wings would score on the night.

Just like Thursday night, the Louisville offense stalled for a bit before turning it on late, failing to score through the first six innings. That changed in the top of the seventh when Blake Trahan, who played in his first game back with Louisville after clearing waivers, drove in Jose Siri and Mitch Nay with a line drive double to left field to give the Bats a 2-1 lead.

Louisville added to its lead in the next inning, when Ryan Lavarnway singled and later scored on a fielding error by Rochester third baseman Drew Maggi. The Bats' bullpen continued its recent run of excellence, with relievers Wandy Peralta, Alex Powers and Matt Bowman combining for 3.0 scoreless innings. Bowman recorded the save, his third of the season.

Center fielder Jose Siri recorded his first career Triple-A in the win, while Major League rehabber Curt Casali went 0-for-3 with a strikeout and caught five innings behind the plate.

Tomorrow, the Bats look to clinch the series win against Rochester with right-hander Tejay Antone (2-7, 6.12) set to go for Louisville. He will oppose Red Wings lefty Charlie Barnes, who is set to make his Triple-A debut with another 7:05 first pitch.