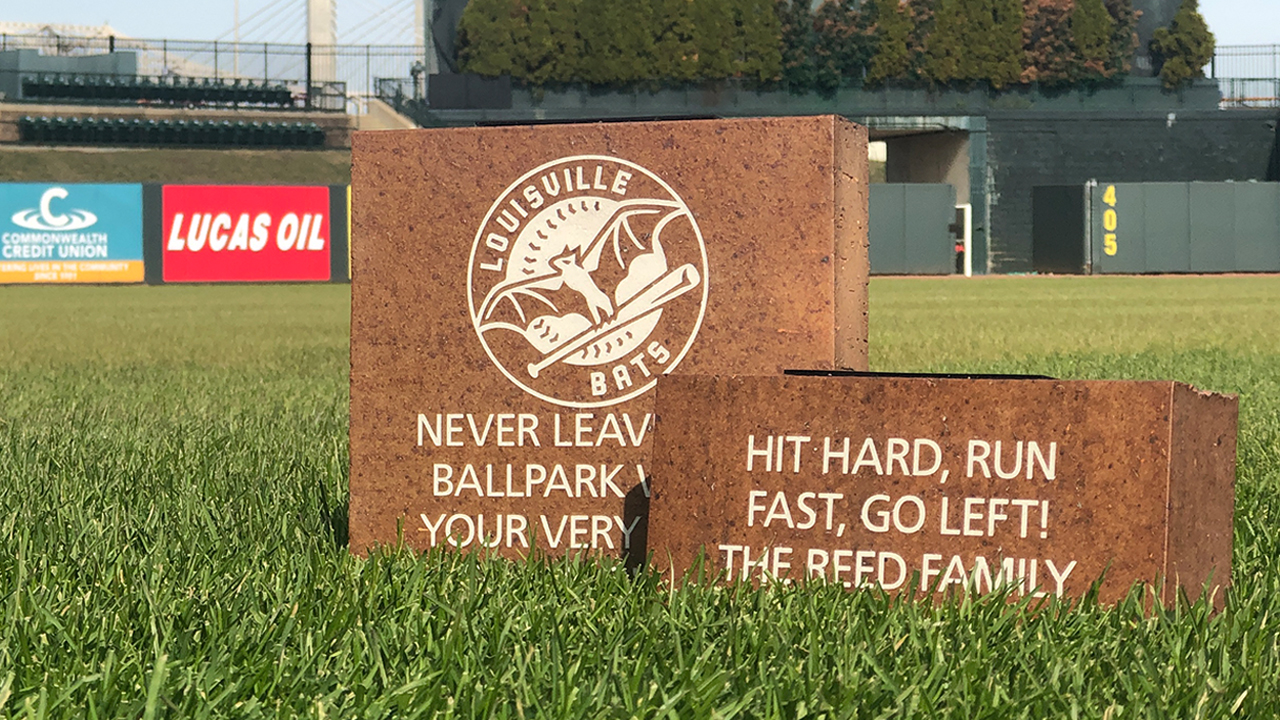 Three brick styles are available for sale and start as low as $145 (plus tax). For each brick purchased, buyers will receive a replica brick and a certificate of recognition to proudly display in their home or office.

Replica bricks make great holiday gifts and are crafted with the same material and personalized message as the installed brick. All bricks ordered by Dec. 1 will be shipped for ground delivery within the contiguous 48 United States on or before Dec. 24.

Fans are able to purchase commemorative bricks online at batsbaseballbricks.com or by phone at 1-888-223-0258. Available quantities are limited, and fans are encouraged to act quickly to secure their place.

Since Louisville Slugger Field's grand opening on April 12, 2000, the Triple-A Affiliate for the Cincinnati Reds has drawn over 11 million fans. In 2018, the Bats set an all-time single-game attendance record on Saturday, April 21, welcoming 14,658 fans.

Season tickets are on sale now. The Bats Holiday Flex Pack is also on sale and makes for another terrific gift idea. The pack offers fans the flexibility in choosing the games they want to see. Each Flex Pack comes with six flex vouchers for the price of five (total of $50) that may be redeemed for any game during the 2020 season, excluding Thunder Over Louisville or July 3rd. Individual game tickets for the 2020 season will go on sale starting March 2, 2020 at 10 AM. For more information on the Bats, visit batsbaseball.com or contact the Louisville Bats Front Office at (502) 212-2287.