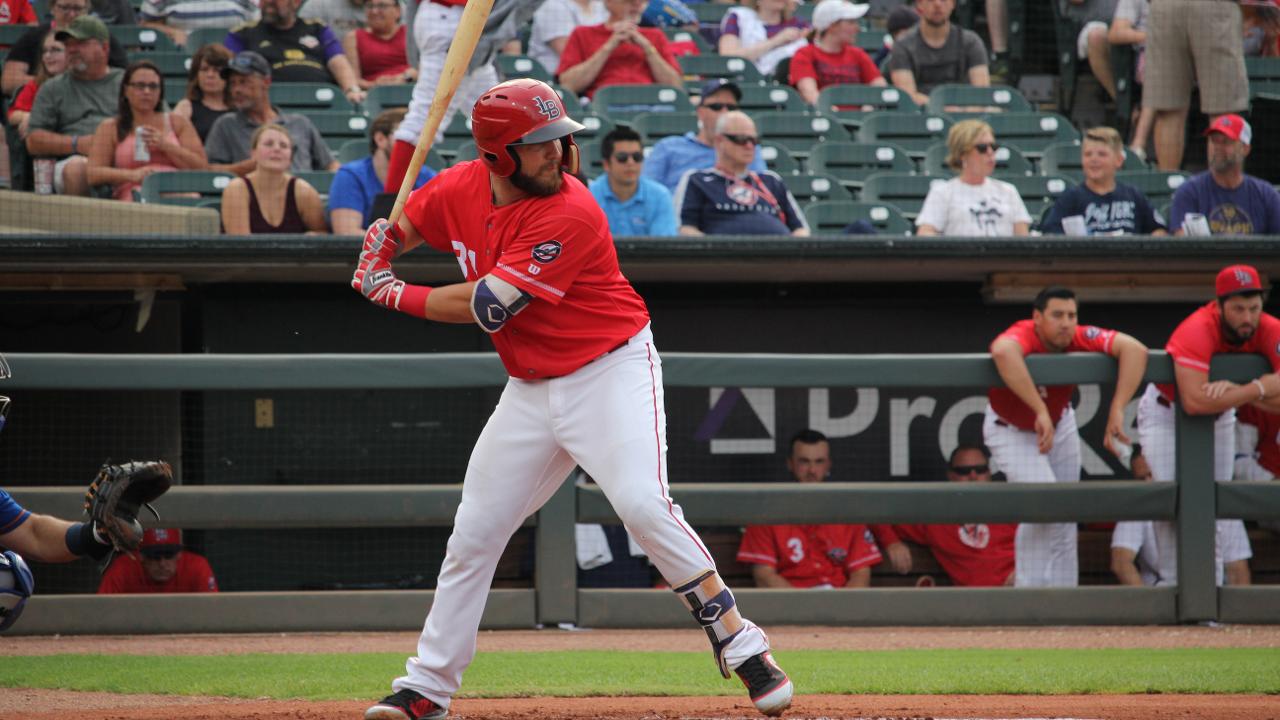 LOUISVILLE, Ky. - Despite trailing early, D.J. Peterson produced a dominating offensive performance to lead the Louisville Bats (44-55) to a 6-2 comeback win over the Buffalo Bisons (45-51) in game three of the four-game set.

Justin Nicolino (5-5, 4.36) surrendered two early runs before settling into the game and dealing four consecutive scoreless frames for his fifth win of the season. He went six innings allowing two earned runs from seven hits while walking two and striking out three.

In search of their first win in this series, the Bisons took no time to get on the board. Back-to-back hits put runners at the corners when Gio Urshela hit a grounder to score Dalton Pompey and take an early lead. Continuing to threaten offensively, Anthony Alford came up to the plate in the second inning for a home run to make it 2-0 Buffalo.

No strangers to a deficit, the Bats shook off the slow start and started swinging. Following the first scoreless frame dealt by Nicolino in the third inning, Mason Williams came up to bat and connected for his 18th double of the season and was then brought home immediately by a RBI single from Blake Trahan.

As soon as Louisville recorded their first run, D.J. Peterson went lights out. In his fourth inning at-bat, Peterson saw nine pitches before sending the tenth soaring out of the park for a home run to tie the game.

He continued to dominate in similar fashion in the fifth. Mason Williams and Scott Schebler were both plated when Brian O'Grady hit a line-drive single to score Williams. With the Bats ahead by one, Peterson saw his moment and blasted a three-run shot, his 12th home run of the season, to put the Bats ahead 6-2 and seal the win.

With tonight's victory, the Bats extend their winning streak to nine and have secured their third straight series win for the first time since they won four consecutive series in April-May 2016.