Pat Kelly to return as manager in 2020 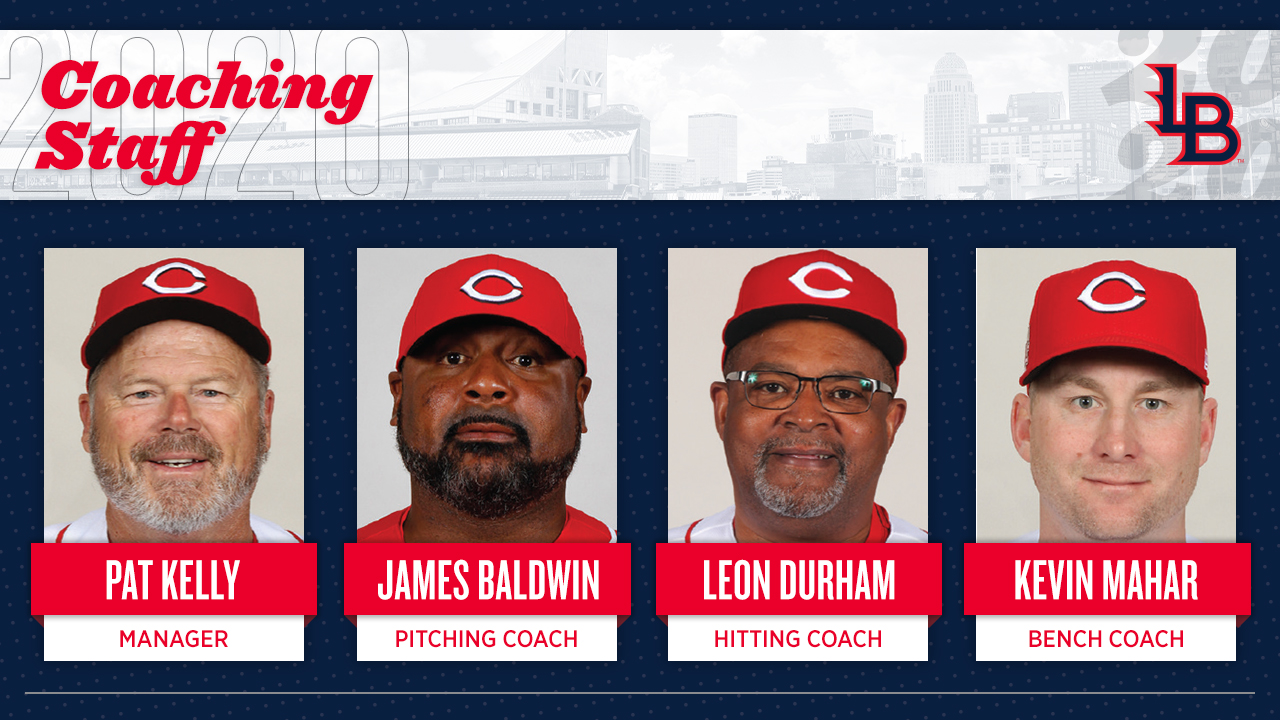 CINCINNATI - The Cincinnati Reds today announced the coaching staff for their Class AAA affiliate in Louisville of the International League.

LEON DURHAM - Hitting Coach
Leon Durham is entering his his third season as Louisville's hitting coach. In 2018, Durham returned to the Reds organization after spending the previous 17 seasons working for the Detroit Tigers. Following a 16-year run as Class AAA Toledo's hitting coach, Durham worked at the Major League level in 2017 as the Tigers' assistant hitting coach. In 2010, he coached Team USA during the Pan American qualifying tournament. From 1996-2000, he coached in the Angels' system at Class A Lake Elsinore (1996), Class AAA Vancouver (1997-98) and Class AAA Edmonton (1999-00). Durham enjoyed a 10-year Major League playing career with the Cardinals (1980, 1989), Cubs (1981-88) and Reds (1989), finishing his career with a .277 batting average and 147 home runs. He's a 2-time National League All-Star (1982, 1983) and earned The Sporting News' Silver Slugger honors following the '82 season. Durham belted a pair of home runs during the 1984 NLCS for the Cubs vs San Diego. A Cincinnati native and a 1976 graduate of Woodward High School, Leon continues to reside in the Queen City during the offseason.

JAMES BALDWIN - Pitching Coach
James Baldwin is entering his fifth season in the organization, his first with one of the Reds' affiliates. He spent the previous 4 seasons as rehabilitation coach at the Goodyear facility. He pitched in the Major Leagues for 11 seasons from 1995-2005 for the White Sox, Dodgers, Mariners, Twins, Mets, Orioles and Rangers. Baldwin was an American League All-Star in 2000 and finished that season with a 14-7 record. He also made his lone Postseason appearance in 2000, when for Chicago he started Game 3 of the AL Division Series and pitched 6.0 strong innings in the 2-1 loss at Seattle (3h, 1r, 3bb, 2k). Baldwin, 48, lives in Goodyear, Arizona.

KEVIN MAHAR - Bench Coach
Kevin Mahar is entering his seventh season in the Reds organization, his first at Louisville. He spent the last 3 years as Class A Dayton's bench coach. He returned to the Reds organization in 2017 after working in private business in 2016. Kevin served as Class A Daytona's hitting coach in 2015, a role he also held for Rookie level Billings in 2013 and 2014. The former outfielder in the Texas and Philadelphia organizations played in parts of 6 professional seasons, including 7 games for the Major League Rangers in 2007. He collected his first big league hit on May 17, 2007 off Tampa Bay's Scott Kazmir. Mahar is a graduate of Indiana University and earned second-team All-Big Ten honors in 2004. He resides in Jasper, Indiana with wife Atalie and children Malik, Stella and Nash