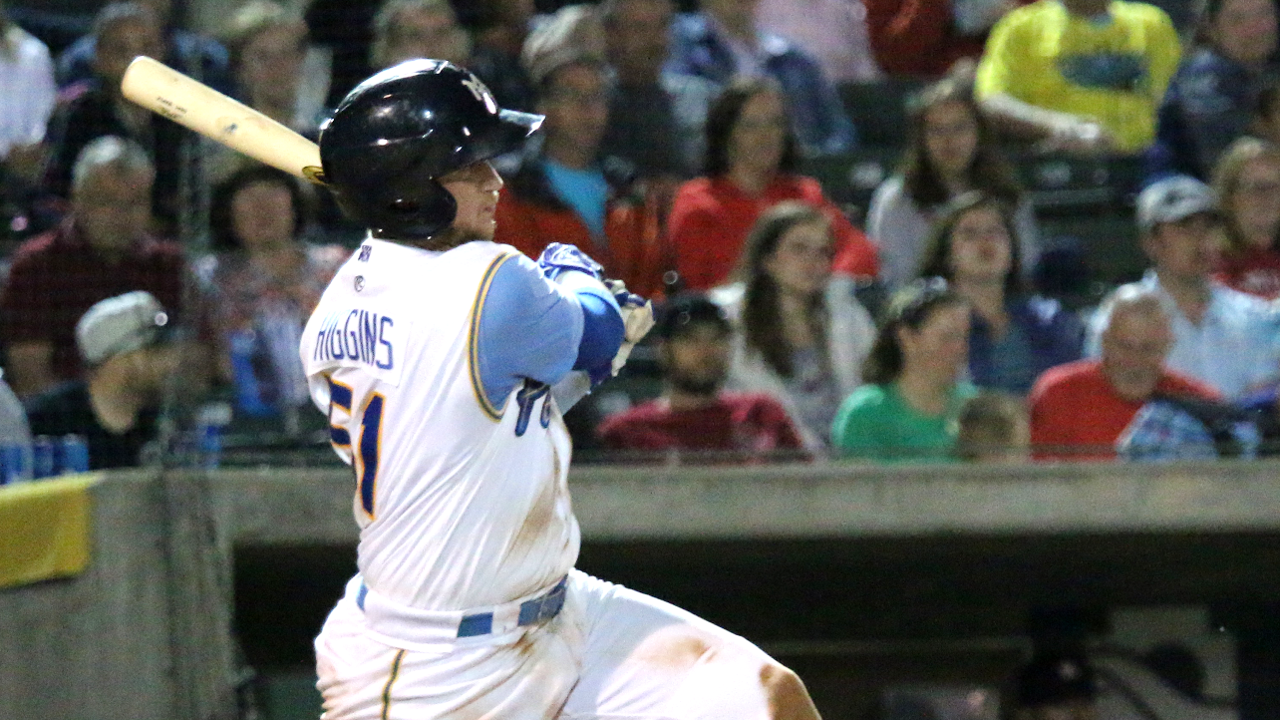 LILLINGTON, N.C. (June 5, 2018) - Both P.J. Higgins and Jhonny Pereda registered three hits Tuesday and the Myrtle Beach Pelicans notched their 10th win in 12 games with a 7-4 victory at the Buies Creek Astros from Jim Perry Stadium.

Myrtle Beach (28-29) opened up the scoring in their first at-bats. Aramis Ademan tripled against Buies Creek (32-25) starter Carson LaRue (3-3) with one out. Higgins promptly singled Ademan in to make it 1-0.

The score remained that way until the fourth. Higgins and Pereda each singled to start the inning. Two batters later, Kevonte Mitchell , who bagged a pair of doubles, blasted an RBI two-bagger to push the Pelicans' advantage to 2-0.

In the fifth, Luis Ayala tripled with one out and came in to score on Andruw Monasterio's sacrifice fly. However, the Astros again had an immediate answer; Osvaldo Duarte drew a walk with one out and scored from first on Abraham Toro's RBI double.

Up 3-2, the Pelicans put together a big sixth inning. Pereda singled to begin the frame. Two batters later, Mitchell doubled him to third before Connor Myers socked a two-run single. After a fly out, Ayala looped in an RBI double to left to push the tally to 6-2.

In the bottom of the sixth, Luis Payano doubled to lead things off. He moved to third on a ground out and scored on Chuckie Robinson's sacrifice fly to put the score at 6-3.

Ademan reached on a leadoff walk in the seventh. Higgins and Pereda then singled to load the bases with nobody out. After a strikeout, Mitchell lifted a sacrifice fly to push the score to 7-3.

The tally remained that way until the ninth. With two outs, Duarte, who had doubled, scored on a J.J. Matijevic infield single coupled with a Pelicans error. However, Tyler Peyton struck out Dawson as the tying run to end the ballgame.