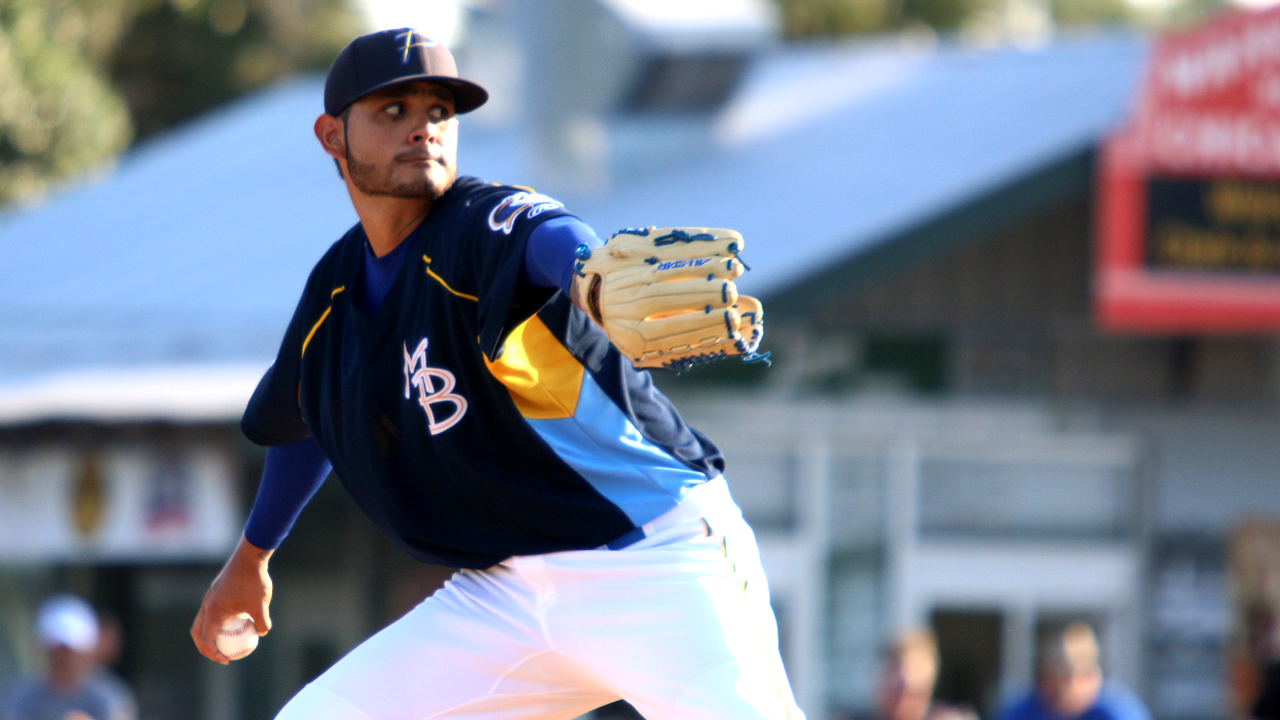 Erick Leal tossed four no-hit innings in a no-decision. It was his first starts since 2016 for the Pelicans. (Larry Kave/Myrtle Beach Pelicans)

MYRTLE BEACH, S.C. (June 10, 2018) - The Myrtle Beach Pelicans racked up their ninth straight win on Sunday night by squeaking past the Salem Red Sox 4-3 from TicketReturn.Com Field at Pelicans Ballpark.

The Birds (33-29) struck early with two runs in the first against Salem (28-31) starter Darwinzon Hernandez (3-3).  Andruw Monasterio scored on a wild pitch to draw first blood and Connor Myers worked the Pelicans' straight fourth walk of the inning to bring in Jhonny Pereda from third and make it 2-0.

In the second, the Pelicans added on after P.J. Higgins reached on an error. Pereda drove him home to make it 3-0 and Kevonte Mitchell ripped an RBI double to give the Birds a 4-0 advantage.

In the eighth inning, the Red Sox fought back with an RBI single from Santiago Espinal and a two-run hit from Brett Netzer to cut the deficit to one. However, Jhon Romero locked down the six-out save, his fourth save of the season.

Casey Bloomquist (1-0) earned the win, allowing two runs on four hits over his three innings while striking out two and walking one.

Erick Leal set the tone in his no-decision start, tossing four hitless innings while striking out two and walking one.

Down 2.5 games in the standings, the Pelicans hit the road to start a three-game series with Monday's 7 p.m. contest against the first-place Winston-Salem Dash from BB&T Ballpark. LHP Bryan Hudson (4-4, 5.68 ERA) goes for Myrtle Beach against Winston-Salem RHP Jimmy Lambert (3-6, 4.44 ERA). Coverage begins at 6:45 p.m. on MyrtleBeachPelicans.com/Broadcast, the MiLB First Pitch app and TuneIn.