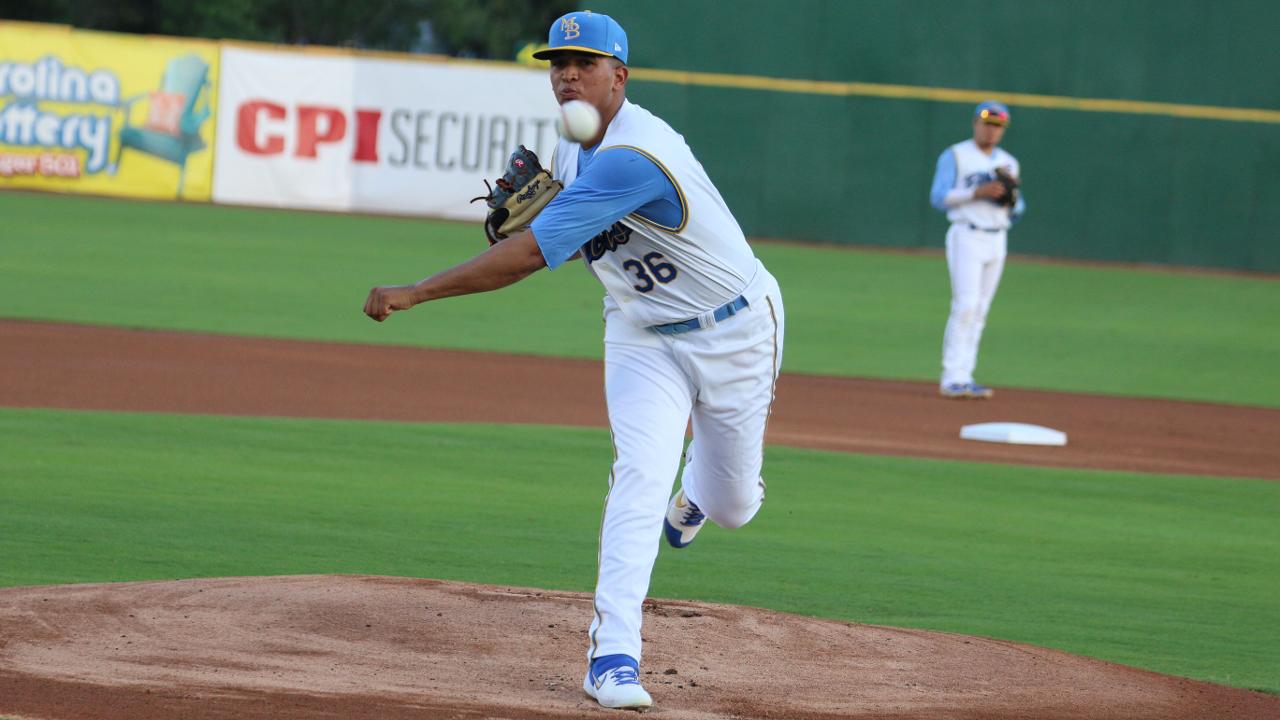 Brailyn Marquez tossed the first quality start of his High-A career in a win over the Blue Rocks on Sunday. (Larry Kave - Myrtle Beach Pelicans)

WILMINGTON, De. (September 1, 2019) - Brailyn Marquez and Ryan Lawlor combined to hold the Wilmington Blue Rocks to just one run as the Myrtle Beach Pelicans took down Wilmington 2-1 in game three of the series on Sunday at Frawley Stadium.

The Pelicans stormed back in the top of the third inning and plated two runs. Rito Lugo (L, 4-4) retired the first two batters of the inning without incedent, but allowed a two-out single to Delvin Zinn that jumpstarted the rally. Carlos Sepulveda then bunted down the third base line and the throw from the catcher MJ Melendez went down the right field line, allowing Zinn to score all the way from first and even the game at 1-1.

Myrtle Beach then took the lead one batter later when Grant Fennell lined an RBI single and made it 2-1 in favor of Myrtle Beach.

Marquez delivered his longest outing of the season in a Pelicans uniform as he went six innings and allowed just one run on five hits, while striking out six and walking just one.

The Pelicans will wrap up the 2019 season with an afterrnoon contest on Monday that starts at 12:05 p.m. Myrtle Beach has yet to announce a starter for the ballgame and LHP Austin Cox (3-3, 2.77) will take the ball for the Blue Rocks in the finale. Coverage starts at 11:50 a.m. on MyrtleBeachPelicans.com/Broadcast and the MiLB First Pitch and TuneIn Apps.

The 2019 season is the 21st season for the Pelicans franchise and fifth as the Class A-Advanced affiliate of the Chicago Cubs. For tickets visit MyrtleBeachPelicans.com/tickets, call (843) 918-6000, or visit the Pelicans Box Office.