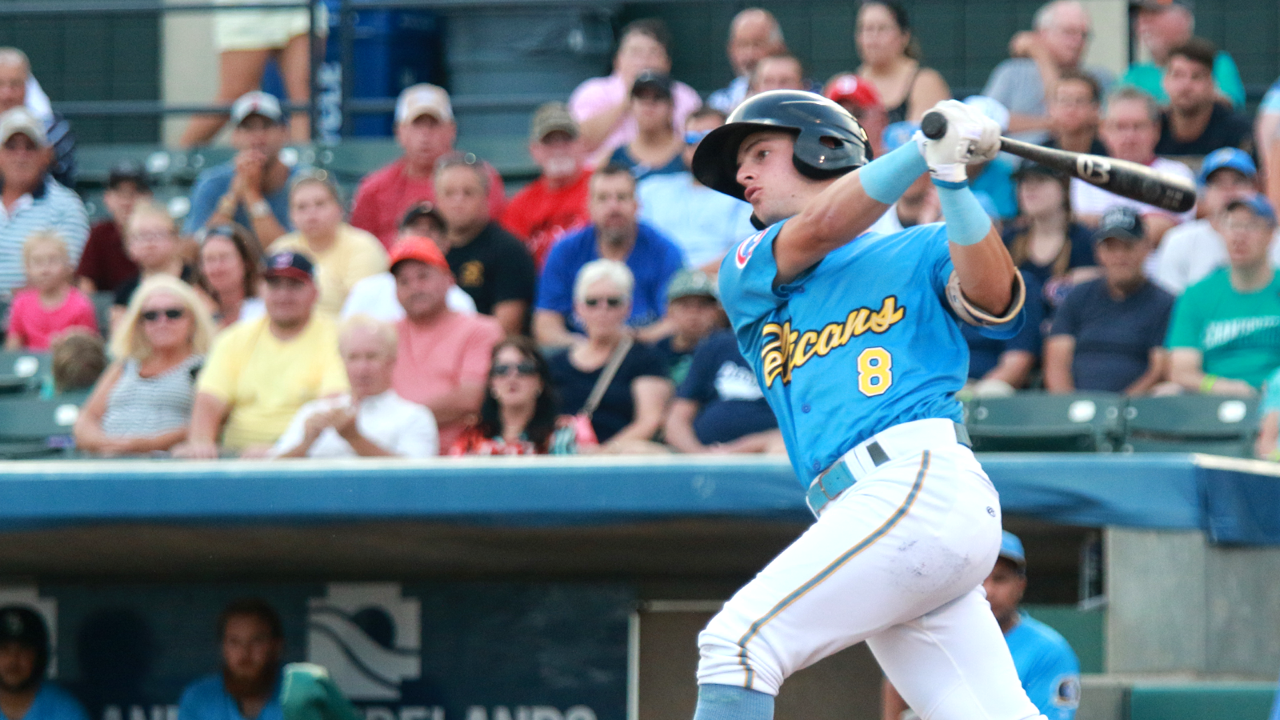 MYRTLE BEACH, S.C. (August 25, 2017) - The Myrtle Beach Pelicans stumbled on Friday night despite a three-hit evening from Zack Short , falling to the Carolina Mudcats by a score of 10-5 from TicketReturn.Com Field.

With the game scoreless in the top of the third inning, Carolina (65-64, 29-32) plated a pair off Myrtle Beach (70-61, 27-33) starter Mike Rucker (4-5). Trent Clark laced a one-out triple to right field before scoring on a two-out double from Monte Harrison. The second run of the frame scored on a single from Lucas Erceg to make the tally 2-0.

Myrtle Beach answered in the bottom half of the third as Roberto Caro reached on a one-out walk. Zack Short then singled to put two runners on base. Caro scored the Birds' first run of the contest following an error that also allowed P.J. Higgins to reach.

Carolina extended their lead in the top of the fourth inning with a solo home run from Max McDowell.

With the score 3-1, Trent Clark and Monte Harrison both drew walks before both runners scored on a two-run double from Lucas Erceg to make the advantage 5-1.

With runners on the corners for the Mudcats in the top of the seventh inning, Harrison reached third on an error that allowed two more runs to score, extending the Carolina lead to 7-1. With one out in the frame, Erceg drove home his fourth RBI of the contest with a base knock to left field. Cooper Hummel followed Erceg with a base hit before both runners moved into scoring position on a groundout. Weston Wilson reached on an infield single, scoring Erceg, before a throwing error on the same play allowed Hummel to come in, widening the margin to 10-1.

Myrtle Beach had two runners on base in the bottom of the eighth inning following singles from Vimael Machin and Trent Giambrone.  A ground-rule double from Adonis Paula scored a run to make the cut the deficit to 10-2.

With Nate Griep in the contest for the Mudcats in the bottom of the ninth, Caro kicked off the frame with his third walk of the game before advancing to second on defensive indifference. Short picked up his third hit of the contest with an RBI double to left field. Higgins followed Short with an RBI single to center field. A double play wiped the bases clean, but Jesse Hodges smacked a solo home run over the right field wall to make the score 10-5.

Despite the Pelicans' late rally, Myrtle Beach lost for just the third time in the last 14 games.

Myrtle Beach and Carolina will play the middle game of their three-game set on Saturday at 7:05 p.m. RHP Duncan Robinson (4-3, 2.04 ERA) will toss for the Birds against RHP Trey Supak (3-4, 4.81 ERA). The contest will be locally televised on The CW21 and MiLB.TV, with coverage beginning at 7:00 p.m. A radio broadcast will begin at 6:50 on MyrtleBeachPelicans.com/Broadcast, TuneIn and the MiLB First Pitch app.

Saturday's contest will feature Party Like It's 1999 Night, meaning 1999 pricing on tickets, concessions (select items), hats (select styles) and the unveiling of the Pelicans' 20th Anniversary Logo. The night will be capped with a special Postgame Fireworks Extravaganza presented by East Coast Pyrotechnics Fireworks.

The 2017 season is the 19th season for the Pelicans franchise and third as the Class A-Advanced affiliate of the Chicago Cubs. For information on tickets to see the Pelicans in 2017, please call (843) 918-6000, e-mail info@myrtlebeachpelicans.com, or visit www.MyrtleBeachPelicans.com.

ABOUT THE PELICANS: The Myrtle Beach Pelicans are the Class A-Advanced affiliate of the Chicago Cubs and play their home games at TicketReturn.Com Field at Pelicans Ballpark in Myrtle Beach, South Carolina. The park has ranked in the top eight in all of Minor League Baseball by Stadium Journey in each of the last six seasons. The same publication also placed the Pelicans in the Top 100 Stadium Experiences in all of sports in each of the last six years and the best in the Carolina League for six straight seasons as well. In May 2015, TicketReturn.Com Field at Pelicans Ballpark won the 2015 TripAdvisor.com Certificate of Excellence award. The Pelicans are the two-time defending Mills Cup Champions, winning the title in 2015 and 2016 as well as 2000 and co-Mills Cup championship honors in the inaugural 1999 season. The Pelicans have made ten postseason appearances behind 12 half-season Southern Division championships, including the first half of the 2015 season and second half of 2016. For more information on the Myrtle Beach Pelicans, please contact the Pelicans at (843) 918-6000 or emailing Info@MyrtleBeachPelicans.com