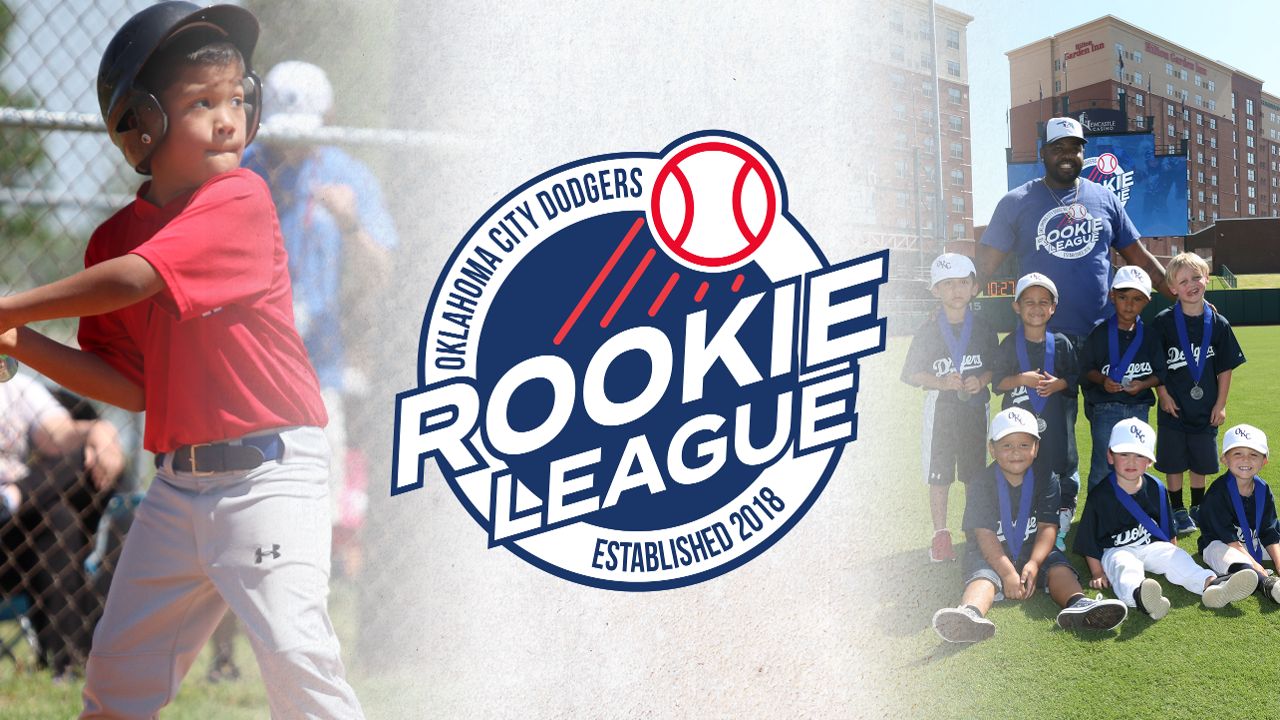 OKLAHOMA CITY - Area youth baseball players can register now to participate in the upcoming third season of the Oklahoma City Dodgers Rookie League, as well as sign up for hitting clinics to be held Jan. 18-19 at Chickasaw Bricktown Ballpark.

The OKC Dodgers Rookie League is a youth baseball league formed in 2018 in partnership with Oklahoma City Parks and Recreation to help increase youth baseball participation in the community, as well as foster an environment that emphasizes leadership, teamwork and sportsmanship.

The league consists of four baseball divisions to accommodate boys and girls in multiple skill levels and age groups. Teams compete in divisions of 4U T-Ball, 6U T-Ball, 8U Coach Pitch and 10U Kid Pitch. Practices will be held once per week starting March 23. Game play begins April 4 and runs through June 13.

"Through the Rookie League, we are directly impacting the Oklahoma City community by providing opportunities for area youth to participate in baseball and to help grow the game we know and love," OKC Dodgers President/General Manager Michael Byrnes said. "We are proud to partner with OKC Parks and Rec to help our youth learn valuable lessons such as teamwork and sportsmanship, while having fun and being active. The Rookie League continues to expand each year and we look forward to opening 2020 with our new hitting clinics later this month."

The OKC Dodgers Rookie League originally formed in 2018 when the OKC Dodgers partnered with Oklahoma City Parks and Recreation to provide resources and help reduce costs in order to make baseball more accessible to area youth.

The OKC Dodgers Rookie League has already experienced substantial growth. Starting with more than 200 players in 2018, participation quickly grew by 40 percent in 2019 during the league's second season. Rookie League players hailed from throughout Oklahoma City last season, representing 52 of the 74 zip codes in the metro area.

An on-field parade for OKC Dodgers Rookie League participants will be held prior to an OKC Dodgers game at Chickasaw Bricktown Ballpark in May and closing ceremonies will take place at the ballpark in June.

The deadline to register is Feb. 24 and players can register online or find more information about the OKC Dodgers Rookie League at okcdodgers.com/rookieleague. A limited number of complimentary baseball bat/baseball combo packs are available to registrants, so early registration is encouraged.

Individuals interested in coaching or volunteering for the OKC Dodgers Rookie League can email ryan.hill@okc.gov or call (405) 297-2477.

Season ticket and group packages for the OKC Dodgers' 2020 season are available now for purchase as the team's home opener is scheduled for Tuesday, April 14 against Nashville. Visit okcdodgers.com or call (405) 218-2182 for more information.