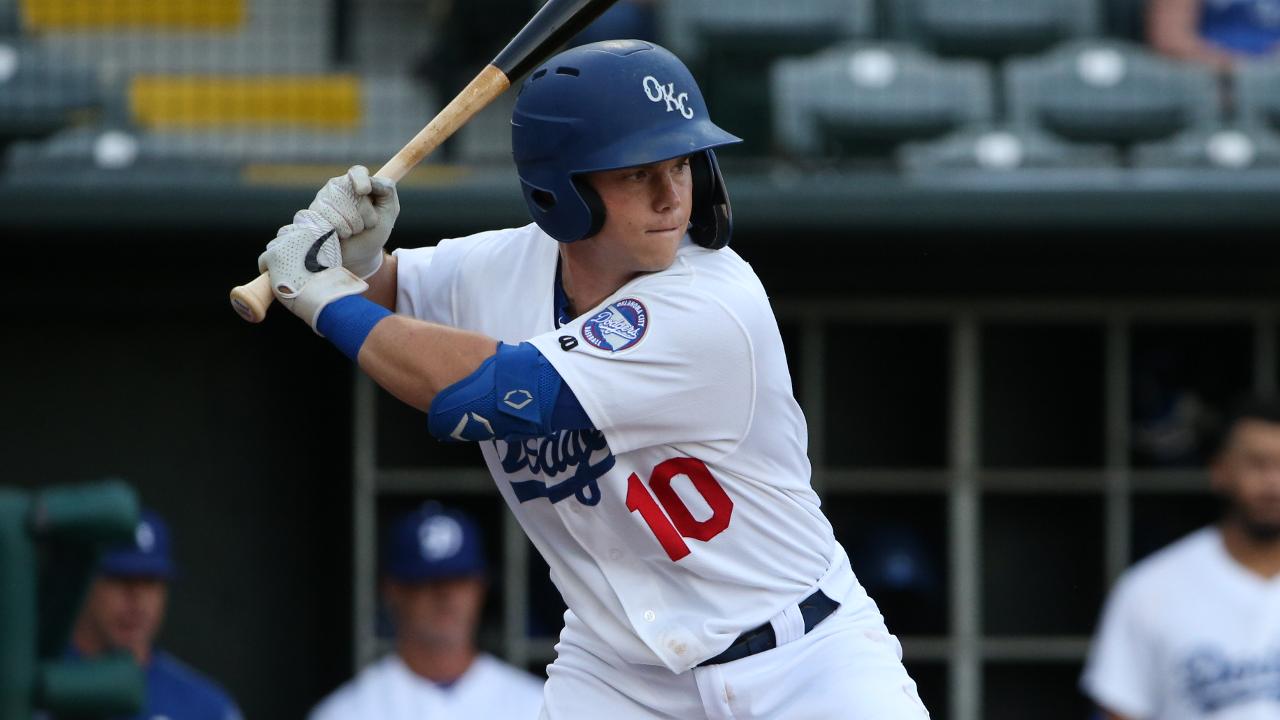 Des Moines, Iowa - Will Smith hit two home runs, including a grand slam, in the first two innings and he went on to compile a career-high seven RBI to lead the Oklahoma City Dodgers to a 13-4 win against the Iowa Cubs Tuesday night at Principal Park.

Smith hit a two-run homer in the first inning and followed with his first career grand slam in the second inning as the catcher boosted his team-leading total to 18 home runs with Oklahoma City this season.

He added another RBI by drawing a bases-loaded walk in the third inning as his seven RBI Tuesday surpassed his previous career-high mark of four RBI - accomplished earlier this season and also in 2017 with High-A Rancho Cucamonga.

Smith became the first Oklahoma City player with seven RBI in one game since Brandon Laird Aug. 3, 2013 against Colorado Springs.

In addition to Smith's offensive output, shortstop Gavin Lux homered in a third straight game and collected his third four-hit performance through his first 13 Triple-A games. Outfielder Shane Peterson finished with three hits and a home run shy of the cycle.

The Dodgers (42-53) scored nine runs through the first four innings as they went on to even their four-game series against Iowa, 1-1.

Lux led off the game with a single before Smith hit a fly ball out to left-center field for his first homer of the night and a 2-0 Dodgers lead in the first inning.

The Dodgers loaded the bases in the second inning for Smith who homered out to center field for the Dodgers' second grand slam of the season.

Edwin Ríos came up to bat next and went back-to-back with Smith, hitting his 16th home run of the season with OKC and giving the Dodgers back-to-back home runs for the fifth time in 2019.

Iowa (54-42) got on the scoreboard in the bottom of the second inning, scoring two runs on a double by Dixon Machado to cut OKC's lead to 7-2.

The Dodgers loaded the bases again in the third inning for Smith, who drew a walk to bring home another Dodgers' run and pick up his seventh RBI through three innings as the Dodgers' lead grew to 8-2.

Iowa's Donnie Dewees hit a solo homer to lead off the bottom of the third inning to cut OKC's lead to 8-3.

The Dodgers added another run in the fourth inning when Drew Jackson hit into a fielder's choice for a 9-3 Dodgers lead.

Oklahoma City's run total reached double digits in the eighth inning when Shane Peterson tripled into right field, allowing Connor Joe to score from first base after being hit by a pitch to reach base for a 10-3 Dodgers lead.

A throwing error by Iowa's catcher on a pickoff attempt at third base allowed Peterson to score.

Lux then connected on a towering two-run homer out to the base of the scoreboard in right field to extend Oklahoma City's lead to 13-3. Lux has now hit safely in each of his first 13 Triple-A games since joining OKC June 27.

Iowa added a solo homer from Zack Short with two outs in the bottom of the ninth inning to cut the Dodgers' lead to 13-4.

The Dodgers reached double-digit runs for the fourth time in the last six games and homered in a ninth straight game as they outhit Iowa, 15-6.

The Dodgers continue their series against Iowa at 7:08 p.m. Wednesday at Principal Park.

Live radio coverage begins 15 minutes before first pitch on AM 1340 "The Game," 1340thegame.com and through the free iHeartRadio or MiLB First Pitch apps.