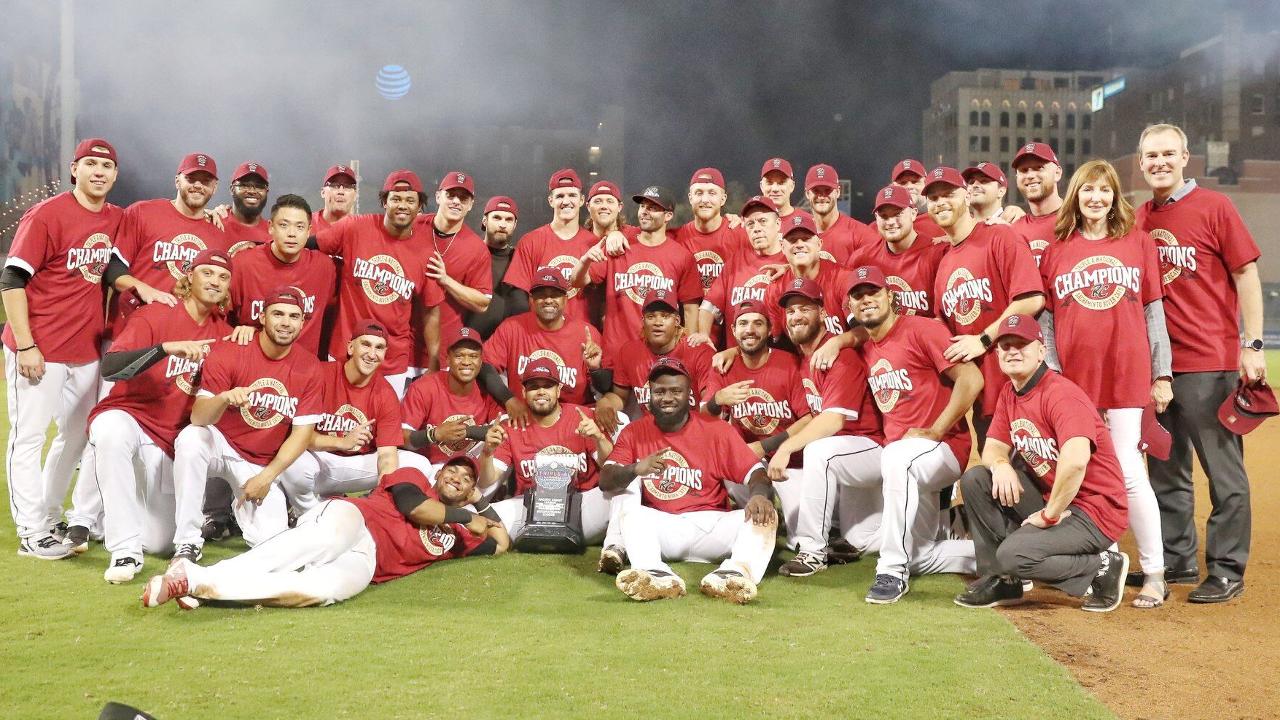 Memphis, TN - The Sacramento River are the Triple-A National Champions after shutting out the International League Champion Columbus Clippers by a score of 4-0 on Tuesday night at AutoZone Park in Memphis, TN. Behind a stellar outing from left-hander, and eventual Most Valuable Player Caleb Baragar, the River Cats became the first franchise to take home their third Triple-A National Championship.

Baragar was nothing short of magnificent for a second straight time this postseason, compiling a combined 2-0 record with a 0.90 ERA in 10 innings, and dominating the Clippers' offense over his five frames on Tuesday night. Baragar gave up just two hits while fanning five batters to earn MVP honors.

The River Cats jumped on the Clippers early, knocking out Columbus starter Kyle Dowdy in the first inning and tagging the right-hander for three runs. Francisco Peña delivered an RBI-groundout, then a couple batters later Jacob Heyward delivered a two-RBI single to right field.

Peter Maris would add a solo blast in the sixth inning to expand the lead to four. The swing of the bat was his second home run of this postseason. Levi Michael and Abiatal Avelino would finish the night with three hits apiece to pace the Sacramento offense from the top of the order.

The Sacramento bullpen was nearly perfect on their way to the first shutout of the playoffs from the River Cats. Right-hander Ricardo Pinto delivered two perfect innings while striking out four. Flamethrowing righty Melvin Adon contributed a scoreless inning, allowing one hit to start the ninth. Then lefty Steven Okert would come on to induce a double play and strikeout the final batter to clinch the Championship for the River Cats.

The Sacramento River Cats finished off their 2019 regular season with a 73-67 record - the first winning record since becoming a San Francisco Giants' affiliate in 2015. The club won their first Pacific Northern division title since 2012, and became the first Giants Triple-A club to win their division since 1998. The River Cats went on defeat to defeat the Las Vegas Aviators in five games, then the Round Rock Express in a sweep to claim their first Pacific Coast League crown since 2008. In a year in which 85 players appeared Sacramento, the River Cats 20th season came to an end on September 17 with a Triple-A National Championship.