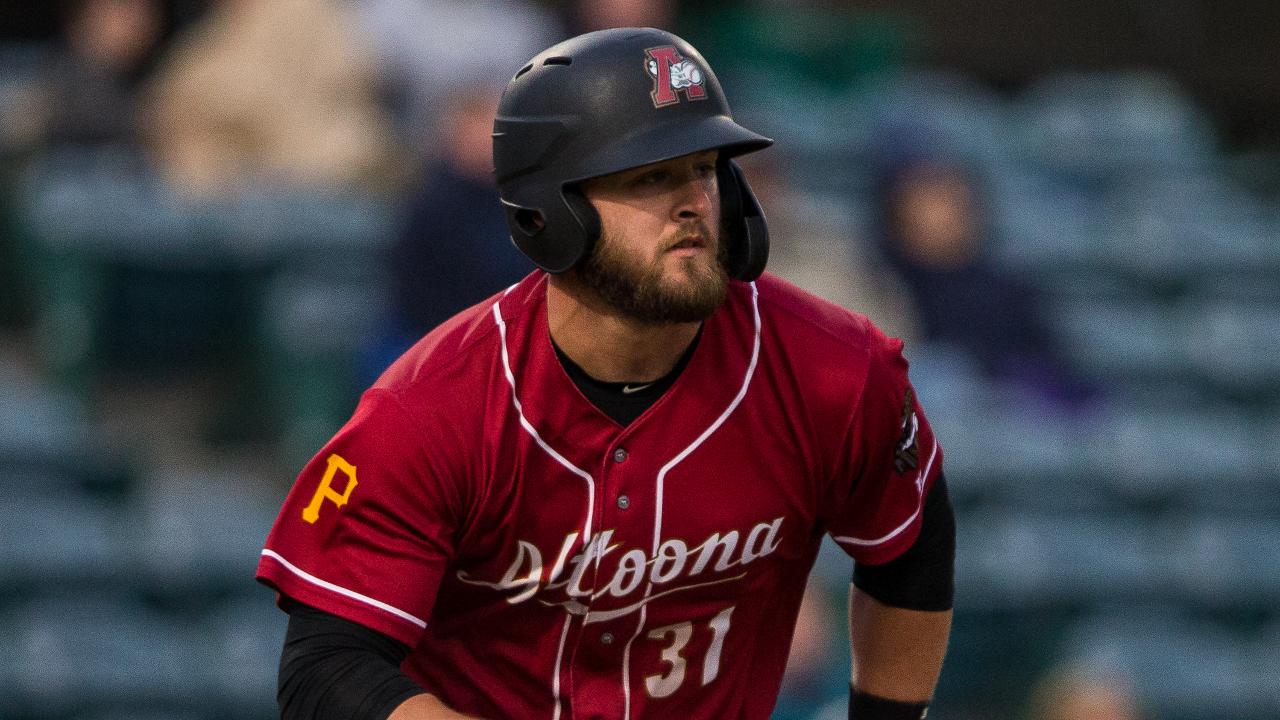 CURVE, Pa. -- The Altoona Curve held off a late rally and closed out their final home game of the 2019 season with a 3-2 win over the Akron RubberDucks in front of 7,038 fans on Thursday at Peoples Natural Gas Field.

On the diamond, the Curve outscored the RubberDucks (60-76, 26-41), 19-3, in the series to pick up their second four-game sweep of the 'Ducks this season and finished with a 14-4 record against Akron.

Altoona led, 3-0, entering the ninth when Akron's bats came alive against Jesus Liranzo (Save, 1). Liranzo struck out the first batter he faced before he allowed the next four hitters to reach base on two walks and two hits, the last of which a two-run single from Oscar Gonzalez to bring the 'Ducks within one run. But Liranzo locked in, struck out Gianpaul Gonzalez and got Ernie Clement to line out to center with the tying and go-ahead runs on base to end the game.

The Akron rally came after the Curve tacked on two crucial insurance runs in the bottom of the eighth. Oneil Cruz and Logan Hill hit back-to-back singles to open the inning against Akron reliever Jake Paulson, and Bligh Madris followed with an RBI double to the left-center gap. Jerrick Suiter added a sacrifice fly to left, which scored the eventual winning run, to extend Altoona's lead to 3-0.

Cam Vieaux (Win, 4-4) started for the Curve and worked a career-high 7.1 innings. He tied a career best with 10 strikeouts, a mark he previously set on May 22 at New Hampshire, and surrendered just two hits and walked three in his final start of the season. The left-hander retired eight in a row from the second out of the fourth through the end of the sixth and worked four perfect innings. Vieaux left the game with the tying run on second base and one out in the eighth, but Angel German worked around a two-out walk and struck out Mitch Longo to end the inning and preserve what was a 1-0 lead at the time.

Akron starter Sam Hentges (Loss, 2-13) allowed just one run on six hits with one walk and four strikeouts in six innings, but was outdueled by Vieaux. The only run Hentges gave up came in the bottom of the first. Brett Pope led off the frame with a single to left and two batters later, Cruz beat the shift with an RBI single to left.

Pope and Cruz, who each reached base three times, and Suiter all had two hits. Suiter collected his second straight multi-hit game and finished the series with six hits and three RBIs.

The Curve will end the 2019 season with a four-game road series in Harrisburg against the Senators. Right-hander Beau Sulser (8-2, 2.60) gets the ball for the Curve against Senators right-hander Kyle McGowin (0-1, 3.20) in the series opener at 7 p.m. from FNB Field.

Season tickets for the 2020 season are on sale now. For tickets or more information about upcoming promotions, visit AltoonaCurve.com, call 877.99.CURVE or stop by the PNG Field box office. Additionally, the Stockyard Team Store is open Monday-Friday from 9 a.m. to 5 p.m., during every home game and online 24/7/365.