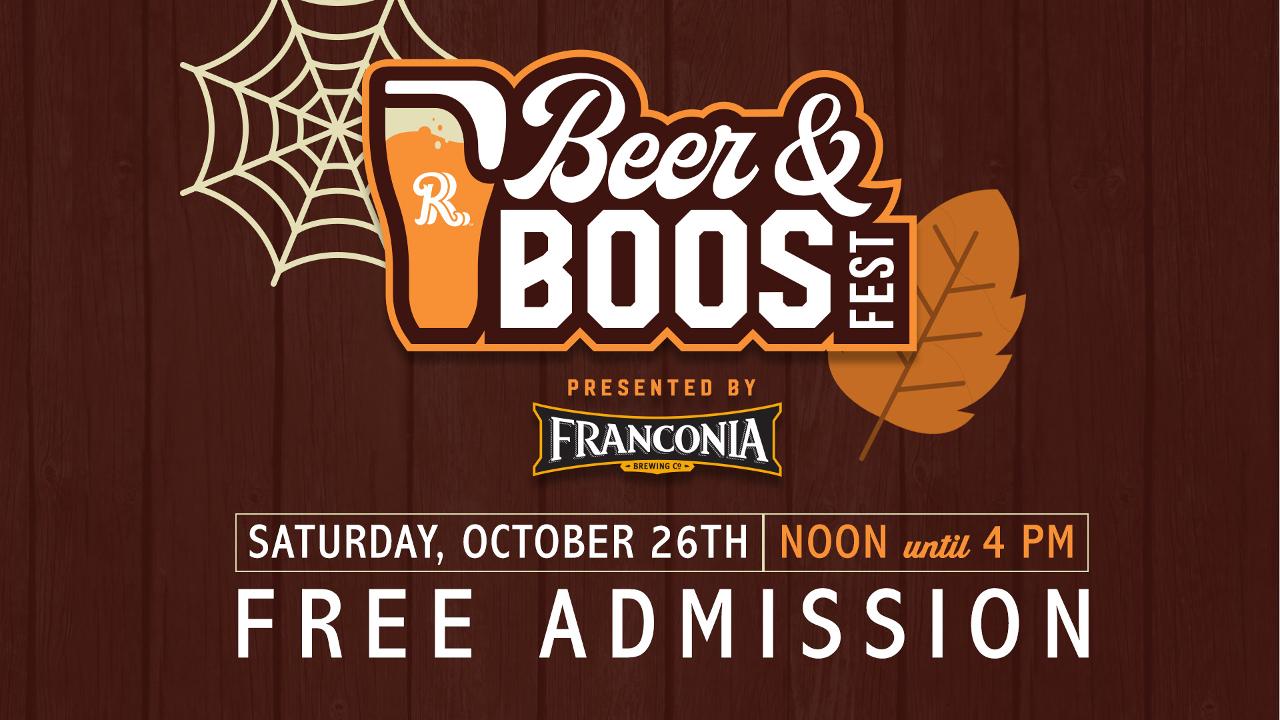 Beer & Boos Fest - a revamped version of the team's annual Fall Festival - is a FREE event and includes a wealth of great Halloween-themed activities for the whole family to enjoy, including a petting zoo, along with pumpkin painting and trick-or-treating (while supplies last), plus catch on the field. The always-popular costume contest begins at 1:00, with fans of all ages invited to show off their Halloween costume.

Additionally, new for 2019, Franconia will be featured along with several other local breweries. Those who pre-purchase a commemorative Riders beer cup in advance will receive two drink tickets to use at the event. Tickets for this portion of the event are $10 and can be purchased here.

Details on the 2020 season, including the schedule and ticket information, will be unveiled soon. For more information, visit RidersBaseball.com.