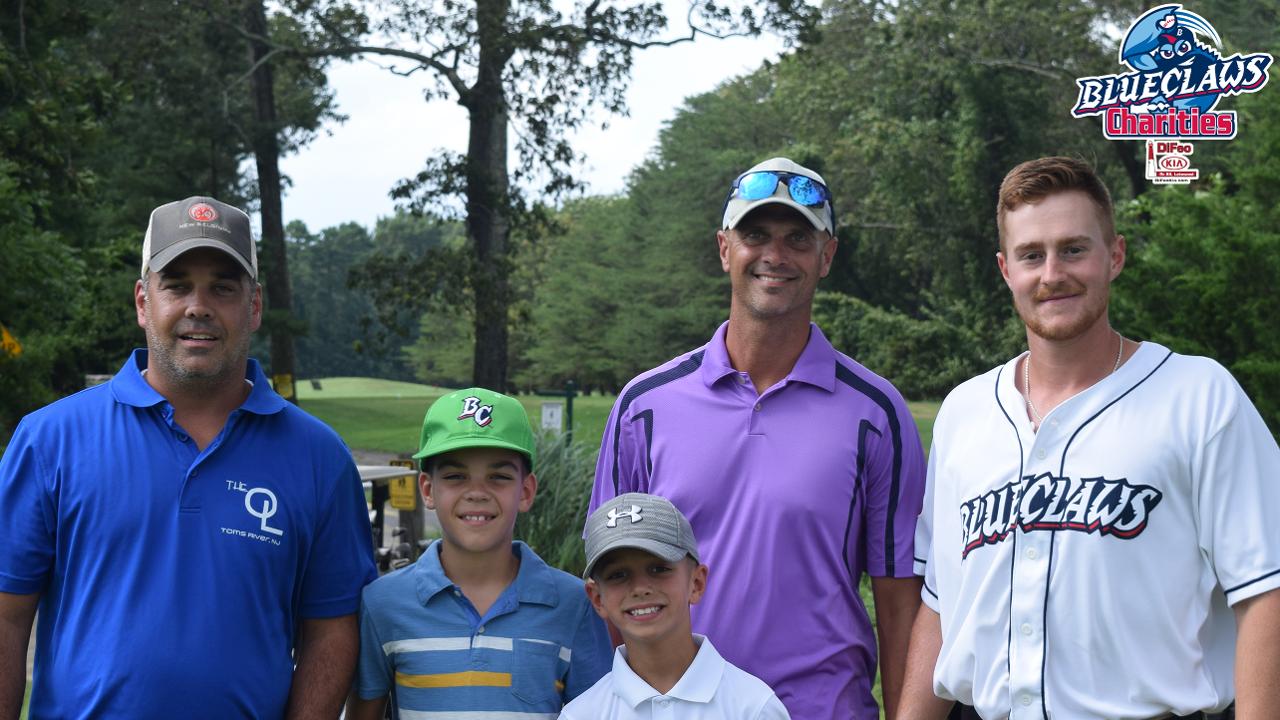 "BlueClaws Charities and the entire BlueClaws staff is proud to be a key part of the community throughout the year," said BlueClaws Team President Joe Ricciutti. "From BlueClaws games themselves to events and fundraising around the area 12 months a year, to supporting a series of tremendous Community Partner organizations, being a leading member of the community is something that we take great pride in. We look forward to expanding our involvement further in 2020!

BlueClaws Charities handed out cash grants to 39 Community Partners in 2019 and all organizations that applied received a grant. These organizations, ranging from local branches of national charities to smaller local organizations, each create a positive impact in the community in a different way.

"Our BlueClaws Charities Community Partner organizations are helping lead the way around the Jersey Shore in working with the underserved and underprivliged around the area," said BlueClaws Vice President of Community Relations Jim DeAngelis, also the Executive Director of BlueClaws Charities. "We are proud to note that all grant money stays in Ocean & Monmouth Counties and is put to great use locally.

"We thank our great sponsor, DiFeo Kia, and everyone that supported BlueClaws Charities events and fundraising efforts to make these grants possible."

Grant fundraising included special events, both in and outside the stadium, throughout the year.

In May, the BlueClaws hosted their 19th annual ALS Celebrity Waiter Event, benefiting the ALS Association of Greater Philadelphia, the principal charity of the Phillies. This year's event was held at Quaker Steak & Lube in Brick. The Celebrity Waiter Event has raised over $120,000 for the ALS Association of Greater Philadelphia in its history.

Additional funding came from the nightly 50/50 raffle which took place at all BlueClaws home games. Each pool total averaged over $2,000 with an average of more than $1,000 being returned to winners.

The BlueClaws and BlueClaws Charities partner with OceanFirst Bank and OceanFirst Foundation on several programs that benefit area military personnel. The Home Runs for Heroes program, which just completed its 11th year, generates a donation from OceanFirst Foundation to a local military-based non-profit for each BlueClaws home run hit at FirstEnergy Park. In 2019, the program raised $38,000 for local organizations. Further, through the Vets Night Out program, presented by OceanFirst Bank, tickets are donated to military members through accredited channels.

Additional events during the year included a Challenger Clinic at which the developmentally disabled were able to learn baseball from BlueClaws players and Major League alumni. Troop and School Supply Drives were held at the ballpark during games and the 19th annual Breakfast With Buster holiday food and toy drive was held in December, collecting non-perishable food and unwrapped toys to benefit the Salvation Army of Ocean County.

Through the Phillies Step-Up Program, BlueClaws players participated in over 261 hours of community service during the year. This included events at the ballpark and around the community such as a free clinic put on by the Ocean County Parks Department featuring BlueClaws players.

In-Kind donations included ticket vouchers or other contributions to 924 organizations plus 65 additional packages including merchandise or hospitality outings.

BlueClaws Charities is the official 501c3 of the Lakewood BlueClaws. The organization supports its Community Partners in Monmouth and Ocean Counties with cash grants and other organizations with in-kind donations throughout the year.

The Lakewood BlueClaws are the Jersey Shore's top stop for affordable, family entertainment. BlueClaws ticket packages and group outings are currently on sale by calling 732-901-7000 option 3 or online at BlueClaws.com. Opening Night of the 2020 season is on Thursday, April 16th.