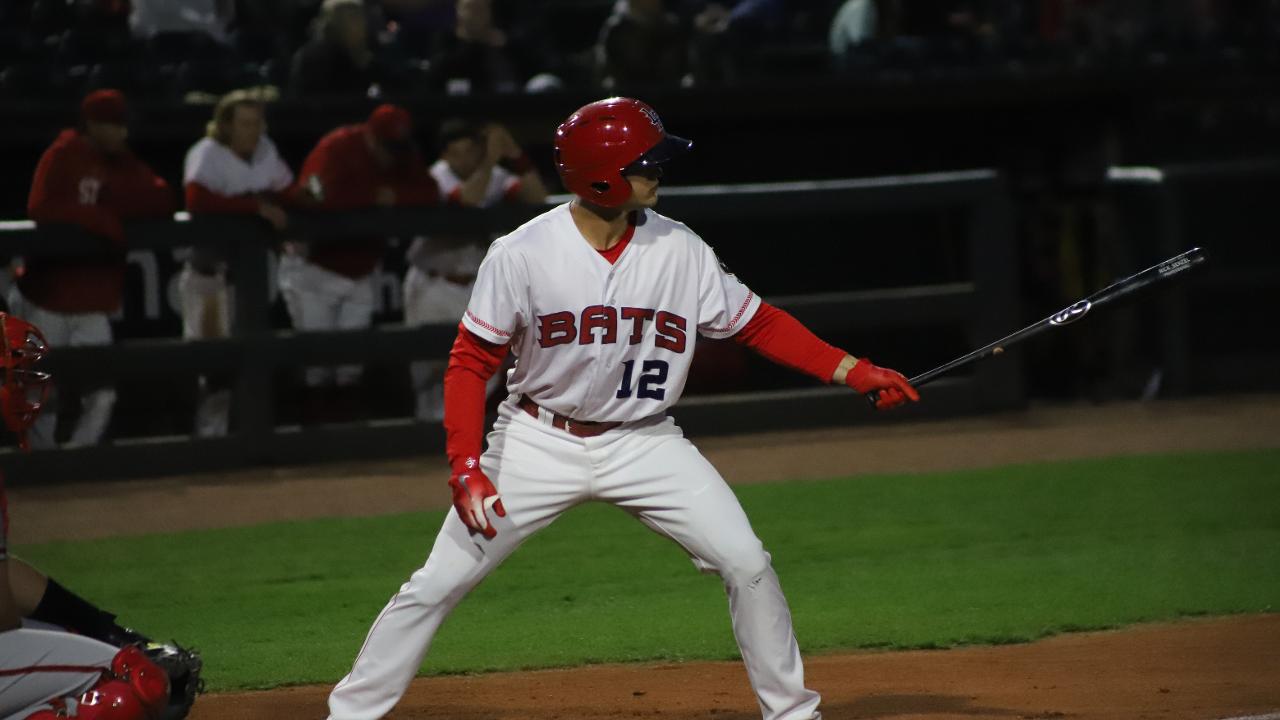 Nick Senzel got the party started for Louisville, smacking an inside-the-park home run in the bottom of the first that was the first inside-the-parker for a Bats hitter since Juan Perez accomplished the feat on April 20 last season against the Scranton Wilkes-Barre RailRiders.

The Bats would tack on three runs in the first, with left-hander Cody Reed (0-0, 3.86) going 4.0 innings and giving up two earned runs on two hits, walking three and striking out one on 72 pitches, 40 strikes. The southpaw got the no-decision, making his fifth consecutive start for Louisville of 4.0 or fewer innings dating back to last season.

Left-hander Shawn Morimando (1-3, 7.03) got the loss for Columbus, going 4.1 innings and giving up five runs (three earned) on seven hits and the Senzel home run, walking four and striking out a pair.

The Bats led by a narrow 3-2 advantage after Columbus scored a pair of runs in the top of the fourth, before exploding for a four-spot in the bottom of the fifth to pull away 7-2. Phil Gosselin contributed two RBI in his Louisville debut, finishing the night 2-for-4 with a run scored and the pair of runs batted in.

Senzel went 1-for-3 with the home run, two walks and a stolen base, his second two-walk game this season. D.J. Peterson extended his team-high hitting streak to six games with a 1-for-5 night, while Brandon Dixon went 2-for-4 with a pair of runs scored and a stolen base.

The Bats and Clippers are back at it tomorrow for game two of the series set for 6:30 p.m. The Bats will start right-hander Robert Stephenson (1-2, 2.95) while the Clippers will counter with right-hander Stephen Fife (0-3, 11.15).