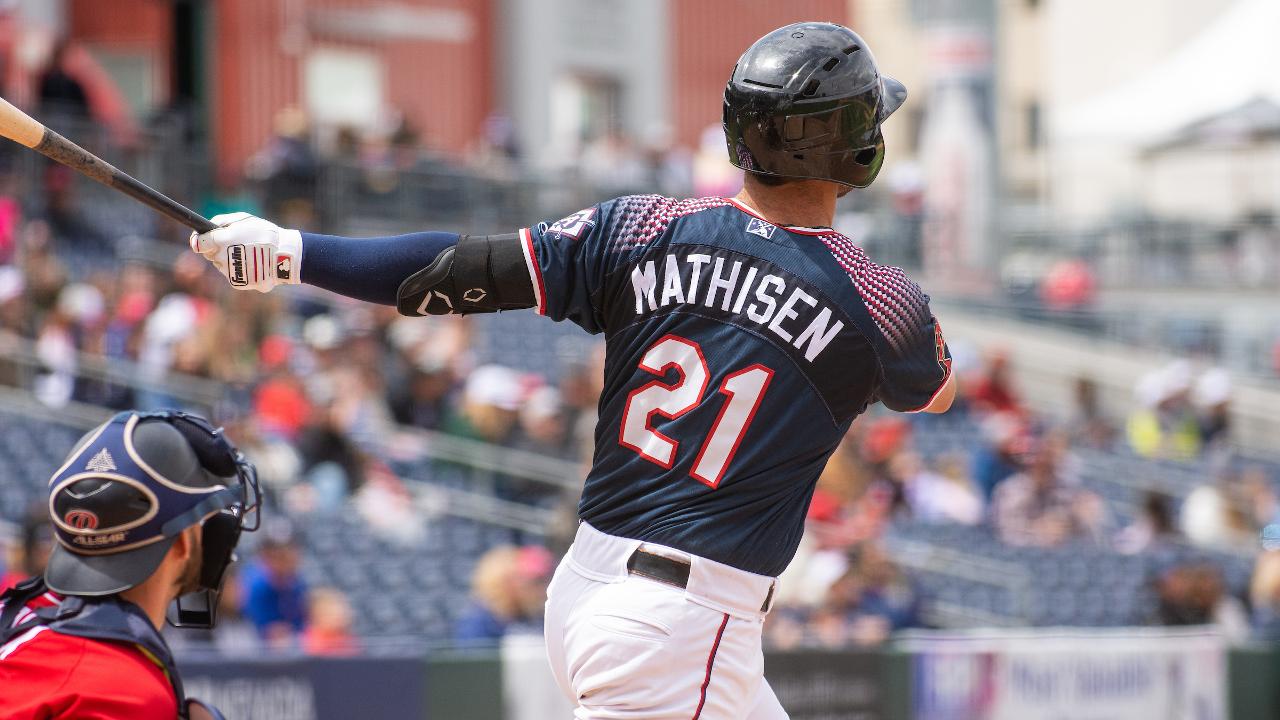 INF Wyatt Mathisen (25): Mathisen played 87 games for the Aces in 2019 and had perhaps his best professional season yet. The 2012 second-round pick out of Calallen High School in Corpus Christi, Texas hit .283 (80-for-283) with 23 home runs, 19 doubles, 61 RBIs, and scored 72 runs. Mathisen got on base at a .403 mark and slugged .601 while playing five different positions (third base, second base, first base, right field, and pitcher) on the diamond last season. He was brought to the organization in November of 2018 by signing a minor-league contract with the Arizona Diamondbacks after spending his first seven professional seasons with the Pittsburgh Pirates' organization.

RHP Riley Smith (24): In 2019, Smith was 6-6 with a 4.43 ERA and 110 strikeouts in 25 starts with Double-A Jackson and Triple-A Reno. He saw his first action in the city of Reno in front of a sold-out crowd on the 4th of July tossing six innings of three-run baseball to go with six strikeouts while earning a no-decision. The righty would go on to lead the Aces with five quality starts in 12 tries last season. He was drafted by the D-backs in 2016 out of Louisiana State University in the 24th round.

RHP Taylor Widener (25): Widener is currently rated as the D-backs' No. 13 overall prospect by MLB Pipeline. He was brought to the organization in a 2018 three-team trade that sent INF Brandon Drury to the New York Yankees and LHP Anthony Banda to the Tampa Bay Rays. In return, Arizona received Widener and outfielder Steven Souza Jr. Last season, Widener started 23 games for the Aces going 6-7 while posting an 8.10 ERA and striking out 109 hitters. He was named the D-backs' 2018 organizational Minor League Pitcher of the Year, Southern League Pitcher of the Year and Baseball America's Double-A Pitcher of the Year after recording a 2.75 ERA and 176 strikeouts over 137.1 innings pitched for the Jackson Generals. The right-hander was drafted in the 12th round in 2016 out of the University of South Carolina by the Yankees.

INF Andy Young (25): Young is currently ranked as the D-backs' No. 23 overall prospect by MLB Pipeline. He took Triple-A by storm after his call-up from Double-A Jackson in the middle of June last year. The North Dakota native clubbed 29 homers overall in 2019 with 21 of them coming in a Reno uniform. Young was part of four Aces last year with at least 20 HRs on the season, the most players with 20 plus homers on one team in franchise history. He played games at third base, shortstop, and second base for the Aces in 2019. Young was part of the December 2018 trade that sent first baseman Paul Goldschmidt to the St. Louis Cardinals. The infielder was drafted in the 37th round out of Indiana State by the Cardinals.

What is the Rule 5 draft? According to MLB, "Held each December, the Rule 5 Draft allows clubs without a full 40-man roster to select certain non-40-man roster players from other clubs. Clubs draft in reverse order of the standings from the previous season. Players who signed with their current club at age 18 or younger and have played professionally for at least five years are eligible to be selected, as are those who signed at 19 or older and have at least four years of professional experience"