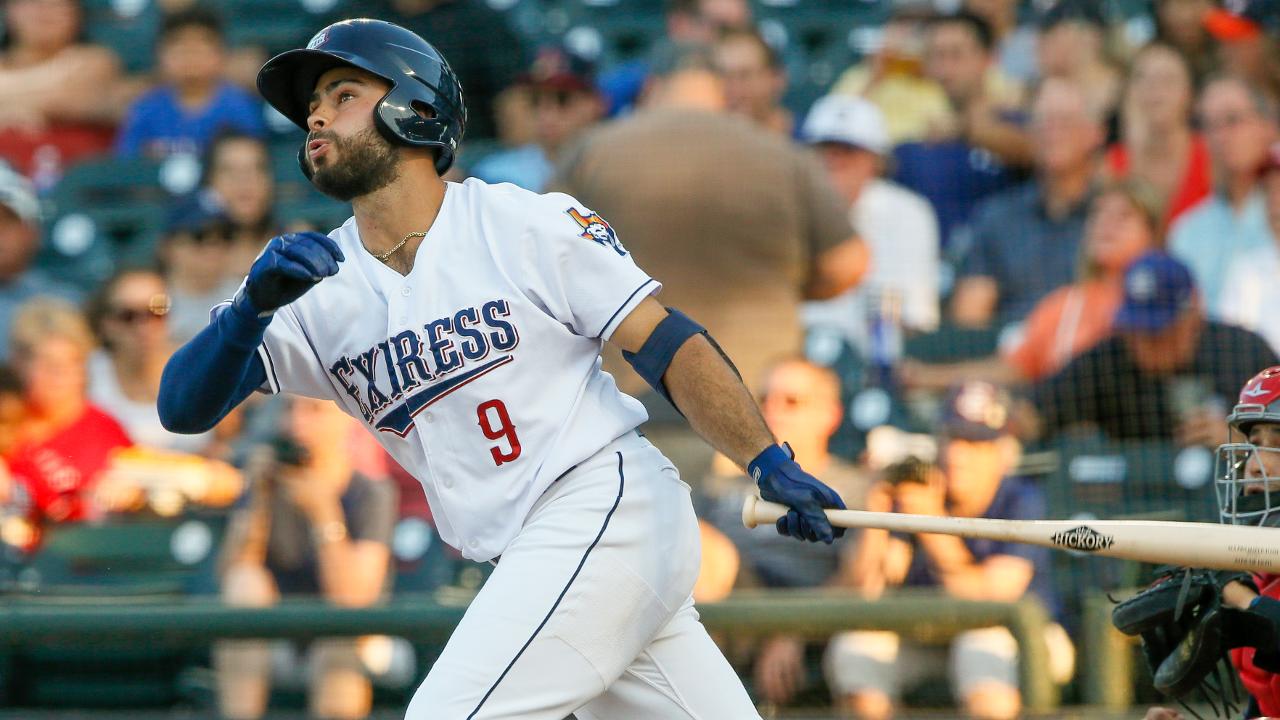 The Round Rock Express played the Memphis Redbirds in a Pacific Coast League baseball game on July 18, 2019 at Dell Diamond in Round Rock, Texas. The Express won 11-8. (Andy Nietupski / Through the Lens Sports Media) (Andy Nietupski)

DES MOINES, Iowa - Next stop: Pacific Coast League Championship Series! The Round Rock Express (3-2) clinched the American Conference Championship with an explosive 10-5 victory over the Iowa Cubs (2-3) on Sunday afternoon at Principal Park. The E-Train piled on a series-high 11 hits, including three home runs, to prevail in the decisive game five.

In the thrilling victory, Round Rock LHP Ryan Hartman (1-0, 1.80) earned the win after holding Iowa to only one run on six hits with five strikeouts in 5.0 solid innings out of the bullpen. On the losing side, I-Cubs RHP Trevor Clifton (0-1, 20.25) surrendered six runs on five hits and two walks in an abbreviated 2.2-inning start.

Iowa hopped ahead early as the Cubs recorded a trio of runs in the first two innings. LF Donnie Dewees got things started in the top of the first with a walk. C P.J. Higgins and 3B Phillip Evans then loaded the bases for Iowa with a single and walk, respectively. With two outs, 1B Jim Adduci notched a two-run single. The next inning, DH Jhonny Pereda walked and quickly advanced to third on a fielder's choice and an Express throwing error. Shortly thereafter, Pereda hustled home on a groundout.

An explosive third inning set the tone for the lopsided contest that sent Round Rock to the Pacific Coast League Championship Series. C Jamie Ritchie, CF Ronnie Dawson and RF Chas McCormick immediately loaded the bases for LF Drew Ferguson , who put Round Rock on the board with a sacrifice fly. However, the bases remained full as SS Jack Mayfield was drilled with a pitch moments after the run scored.

One out later, 3B Nick Tanielu smacked a double into left field that allowed Dawson and McCormick to make a mad dash home and level the score at three. The next pitch, 2B Alex De Goti carved out a piece of left center field with a booming home run that plated a trio of runs to put Round Rock ahead 6-3. As Iowa struggled to retire the inning, DH Stephen Wrenn worked a walk and stole second base before Ritchie stepped up to the plate and hit an RBI single to make it 7-3.

Iowa put up one run in the fourth in hopes of igniting a rally. SS Zach Short reached base via a single and 2B Vimael Machin joined him after working a walk. Dewees then singled in Short but Round Rock retired the frame before the I-Cubs could produce any additional offense.

After a scoreless fifth inning, Dawson reached base on a fielding error prior to a two-run homer off the bat of Ferguson that widened the gap 9-4. McCormick then tacked on a seventh-inning solo bomb to put the Round Rock offense in double digits.

In the eighth, Machin hit a home run to cut Iowa's deficit to 10-5, but a comeback was far out of reach for the stalling I-Cubs bats.

The E-Train defense shined in the ninth inning to secure the all-or-nothing victory. After Adduci grounded out, Tanielu, De Goti and Jones turned a double play to put the I-Cubs playoff run to rest.

After an off-day on Monday, the Express battle the winner of the Pacific Conference Championship Series, either the Las Vegas Aviators (Oakland Athletics affiliate) or Sacramento River Cats (San Francisco Giants affiliate) beginning on the road on Tuesday night. Following game two on Wednesday, the Express return home to Dell Diamond to host game three on Friday, September 13. Tickets are on sale now at RRExpress.com/Playoffs.