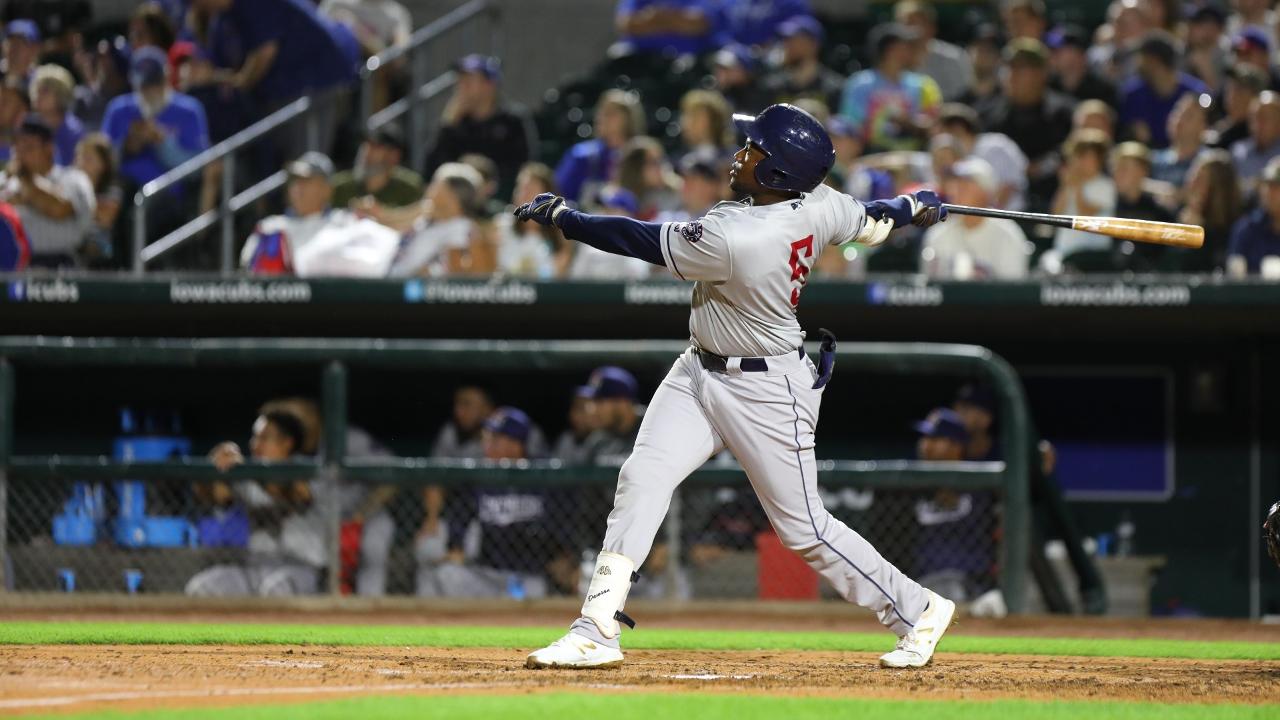 DES MOINES, Iowa - The Round Rock Express (2-1) dropped their first game of the American Conference Championship Series to the Iowa Cubs (1-2) by a score of 3-2 on Friday night at Principal Park. Iowa's win marked their first playoff victory in 11 years.

Round Rock starter RHP Rogelio Armenteros (0-1, 4.76) suffered the loss as he surrendered three runs on five hits in 5.2 innings. Armenteros fanned nine opposing batters in the start. On the winning side, Iowa RHP Michael Rucker (1-0, 6.75) allowed two runs on two hits and two walks in a 2.2-inning appearance out of the bullpen.

Iowa opened scoring in the second as 1B Jim Adduci singled before CF Johnny Field worked a walk. CF Jhonny Pereda then used a double to plate a pair of runs and give Iowa an early lead.

After four scoreless innings, CF Ronnie Dawson hit a home run to bring Round Rock within 2-1. However, in the home half, LF Donnie Dewees notched a leadoff double that was eventually plated by an Adduci single.

The E-Train threatened a comeback in the seventh when 2B Alex De Goti led off the frame with a double followed by C Lorenzo Quintana getting hit by a pitch. Dawson then singled to load the bases, but RF Chas McCormick grounded into a forceout. On the play, De Goti was eliminated at home, but the bases remained loaded. The next at-bat, LF Drew Ferguson worked a walk to push in Quintana and pull Round Rock back within one run. Ultimately, the comeback stalled as they could not produce the necessary hits to complete the comeback.

Round Rock hopes to shut down the Iowa in Saturday night's game four to claim the American Conference Championship. Express RHP Christian Javier (0-0, 0.00) is slated to get the start while the Cubs plan to counter with RHP Trevor Clifton (0-0, 0.00). First pitch at Principal Park is slated for 7:08 p.m.