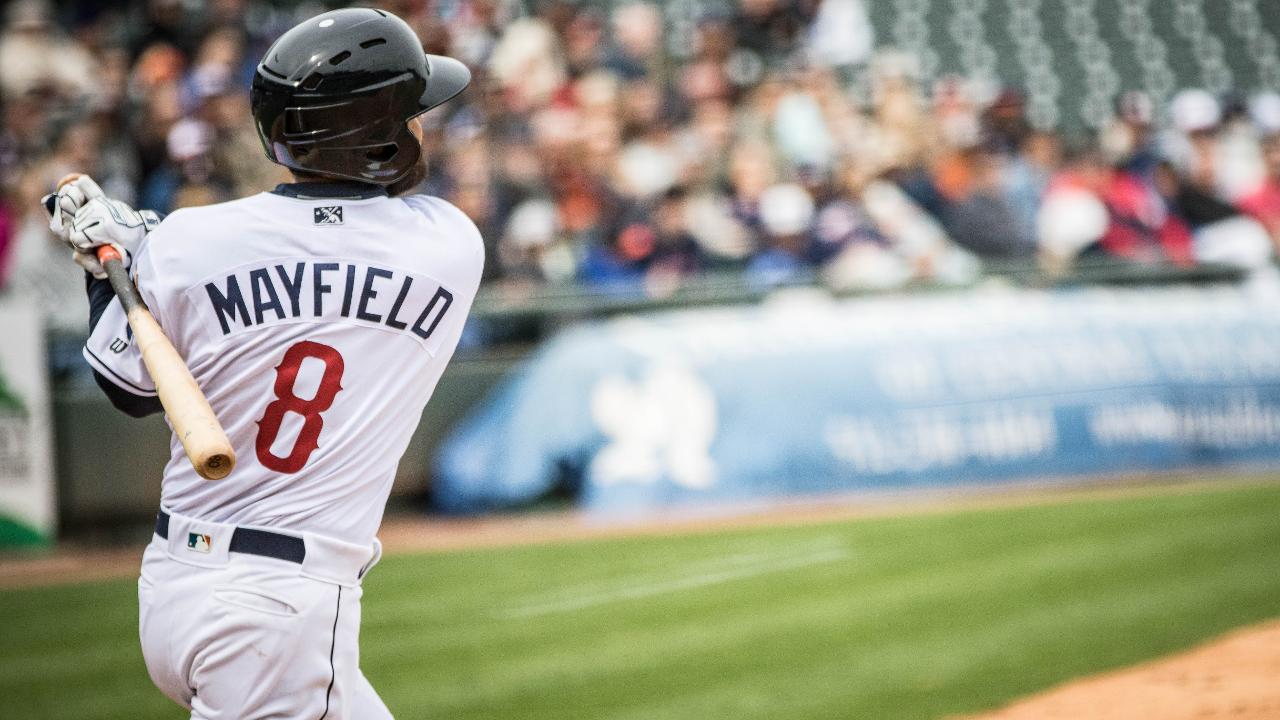 ROUND ROCK, Texas - Walk it off again! The Round Rock Express (51-34) stunned the Omaha Storm Chasers (38-48) for the second consecutive night as they rallied for a 9-8 walkoff win after 10 innings of play on Wednesday night at Dell Diamond. The E-Train made a furious comeback from an 8-1 deficit to score seven unanswered runs, capped off with a game-winning single by 3B Jack Mayfield .

Round Rock RHP Tanner Duncan (2-0, 3.38) earned the win after tossing a pair of hitless innings out of the bullpen. Storm Chasers RHP Andres Machado (1-2, 2.57) suffered the loss for the second day in row after surrendering the game-winning run after recording just one out.

The Storm Chasers opened the scoring in the second inning as 1B Ryan O'Hearn and CF Bubba Starling teamed up for a pair of solo home runs. The next frame, O'Hearn recorded his second longball, plating RF Brett Phillips , who had previously worked a walk.

In the home half of the fourth, DH Josh Rojas smoked a triple before racing home on a sacrifice fly off the bat of SS Alex De Goti to put Round Rock on the board.

However, Omaha loaded the bases in the fifth inning when Phillips singled prior to O'Hearn being struck by a pitch and a Jorge Bonifacio walk. Starling then hit a grand slam, his second homer of the night, to put the Storm Chasers on top by an 8-1 score.

Round Rock began an epic comeback in the fifth frame with C Jamie Ritchie getting things started. The catcher led off with a single that was quickly matched by CF Derek Fisher . The duo then trotted home thanks to a three-run bomb from 1B Taylor Jones , his second three-run homer in as many days.

The next inning, De Goti led off with a single and advanced on a Yunior Marte throwing error when 2B Garrett Stubbs , who entered the game as a defensive substitution, reached base via a fielder's choice. A double off the bat of Ritchie quickly drove in De Goti and advanced Stubbs to third. LF Chas McCormick wasted no time, doubling in Ritchie to bring the E-Train within one.

McCormick stole the show with a leadoff bomb in the eighth inning that leveled the score at eight to eventually force extra innings.

In the 10th, Mayfield capped off the comeback with a walkoff single. Per MiLB extra-inning rules, Stubbs began the inning at second and quickly moved to third on a Ritchie sacrifice fly. McCormick then worked a walk before Fisher was intentionally walked, loading the bases for Mayfield, who secured Round Rock's incredible 9-8 comeback by driving in Stubbs on a single to deep left field.

Round Rock Express Baseball, owned and operated by Ryan Sanders Baseball, LP, is the proud Triple-A Affiliate of the Houston Astros and a member of the Pacific Coast League