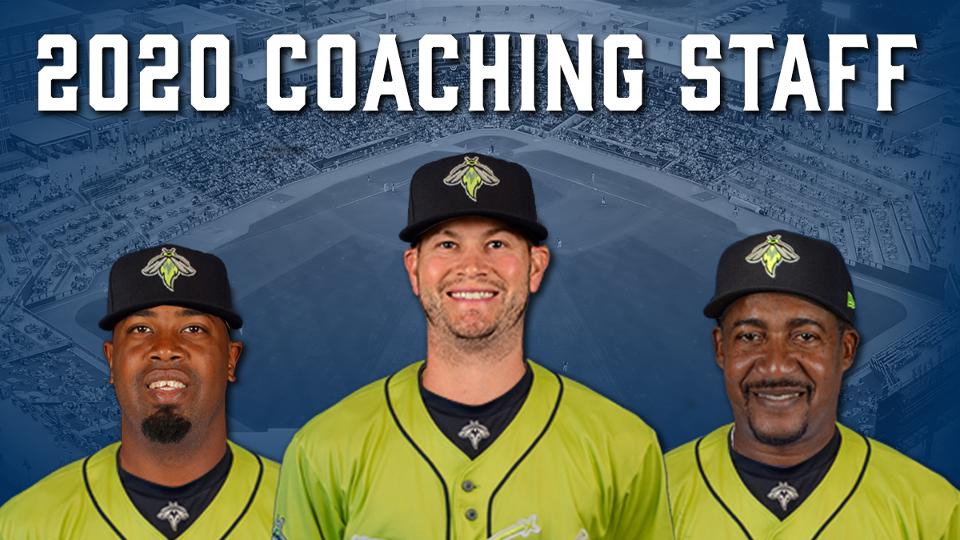 COLUMBIA, S.C. - The Columbia Fireflies and the New York Mets today announced the 2020 Fireflies coaching staff. This season brings an entirely new coaching staff to Columbia. Reid Brignac joins the team, taking over as Manager in his first coaching role after retiring from professional baseball in 2018. This will be Brignac's first season with the Mets organization.

"I'm extremely eager to start the next chapter of my baseball career," said Brignac. "Fans can expect an energetic, competitive team that will hustle, play hard and play the game the right way. At this level, we will help build the character of these young men, both on and off the field."

Brignac, 33, was drafted out of high school by the Tampa Bay Rays in the second round of the 2004 MLB Draft. He was rated the 17th best MLB prospect by Baseball America in 2007. Brignac made his Major League debut with the Rays in 2008. He jumped back and forth between the majors and Triple-A for the Rays for five years before joining the Colorado Rockies organization in 2013. He would go on to play with the New York Yankees (2013), Philadelphia Phillies (2014), Miami Marlins (2015) and Atlanta Braves (2016).

Taking over as pitching coach in Columbia is Jerome Williams . Williams joins the Fireflies after spending the 2019 season as the pitching coach with the Kingsport Mets (Rookie Advanced). 2019 was his first season with the Mets organization and his first season coaching following his retirement from baseball in 2018 after a 20-year playing career.

Williams was drafted by the San Francisco Giants in the first round of the 1999 MLB Draft. After being called up to the majors by the Giants in 2003, he would go on to spend 11 years pitching in the majors. He pitched for the Giants until 2005, after which he pitched for the Chicago Cubs (2005-2006), Washington Nationals (2007) Los Angeles Angels (2011-2013), Houston Astros (2014), Texas Rangers (2014), Philadelphia Phillies (2015-2015) and St. Louis Cardinals (2016). During the 2014 season, Williams became the first MLB player to beat one team, three times in a single season with three different teams (he defeated the Oakland A's while pitching for Houston, Texas and Philadelphia).

Mariano Duncan will also be joining the coaching staff in 2020 as hitting coach after coaching alongside Williams in Kingsport in 2019. Duncan is going into his 18th year as a coach, his second in the Mets organization. After coaching his way through the Dodgers' organization, he became an infield coach and a first base coach for the Los Angeles Dodgers from 2006 until 2010 under Mangers Grady Little and Joe Torre. In 2011, he joined the Cubs organization as a coach, which included a four-year coaching stint with the Myrtle Beach Pelicans.

As a player, Duncan played for 12 years in the Major Leagues. He was signed by the Dodgers as a free agent in 1982 and went on to make his Major League debut with the Dodgers in 1985. In 1989 Duncan joined the Cincinnati Reds organization, playing with them until 1991 before moving on to play with the Philadelphia Phillies (1992-1995), New York Yankees (1996-1997) and Toronto Blue Jays (1997). He was a member of the 1990 Reds' World Series Champion team and the 1996 Yankees' World Series Champion team.

The Fireflies Bench Coach in 2020 will be Jay Pecci. Pecci spent the 2019 season as the bench coach for the Gulf Coast League Mets (Rookie). Prior to that, Pecci played college baseball at Stanford before being drafted by the Oakland A's in the 11th round of the 1998 MLB Draft. He played over 15 seasons in professional baseball, reaching as high as Triple-A during his career, even spending time playing in Italy and Germany.