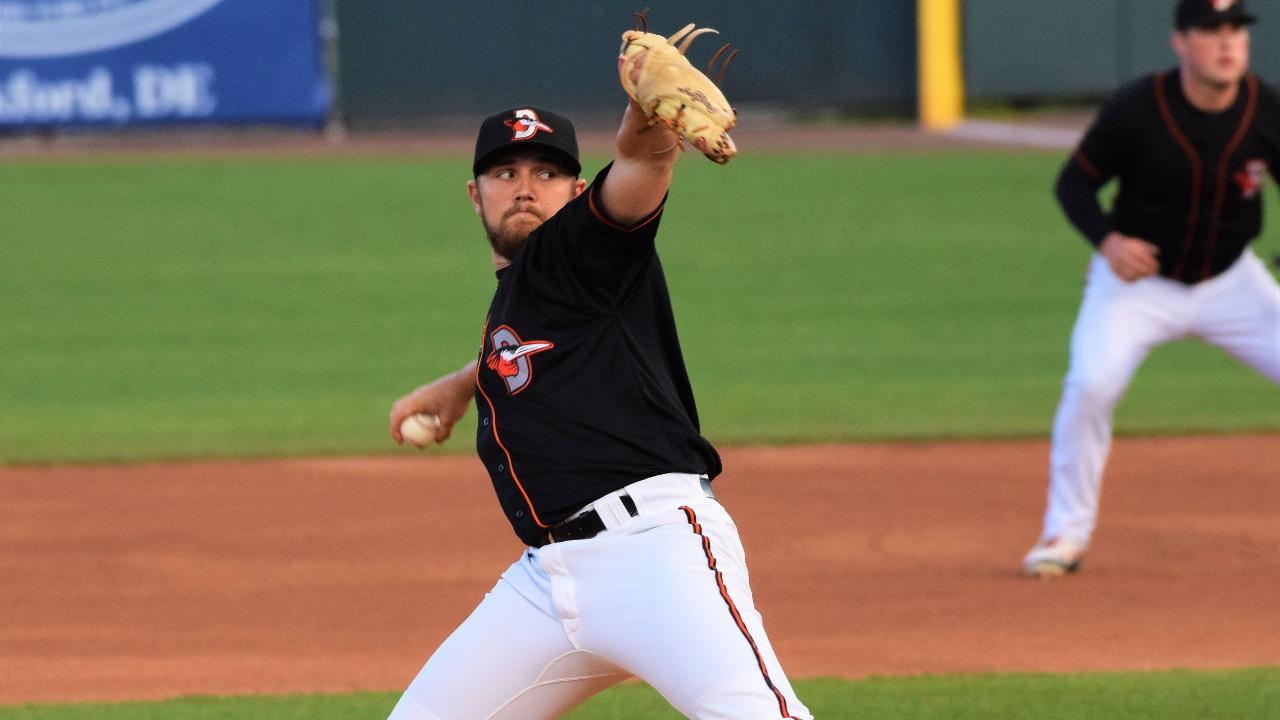 SALISBURY, MD - The Delmarva Shorebirds couldn't muster any offense as they fell 3-0 to the Hickory Crawdads on Friday night at Arthur W. Perdue Stadium.

Grant Wolfram (4-2) was awarded the win in relief for the Crawdads (14-7, 55-32), tossing two scoreless innings in relief while giving up a hit and a walk and striking out two. Gray Fenter (6-2) suffered the loss for the Shorebirds (16-6, 64-27), giving up two runs on seven hits across five innings with one walk and seven strikeouts. The loss is Fenter's first since April 20 at Greensboro, a span of 11 outings.

Grant Anderson picked up his seventh save of the season for Hickory, posting a scoreless eighth and ninth while striking out three.

Hickory opened the scoring in the second. Tyreque Reed laced a single to begin the frame and Melvin Novoa followed with a base hit of his own. After a double play, Kole Enright blooped a single to shallow left, scoring Reed and giving the Crawdads a 1-0 edge. Ryan Anderson doubled the Hickory lead in the fourth, blasting a solo homer to left to make it 2-0.

The Crawdads picked up an insurance run in the eighth. Novoa doubled to start the inning and Anderson followed with a walk. Enright dropped down a sacrifice bunt to advance both runners into scoring position and Jonathan Ornelas then cashed in with a sacrifice fly to make it 3-0 which was more than enough cushion for Anderson to close it out.

Robert Neustrom and Cody Roberts collected four of the five Delmarva hits in the game. Neustrom went 2-for-4 while Roberts finished 2-for-3 with a walk.

In addition to his solo homer, Anderson worked two walks for Hickory in a 1-for-2 day. Novoa went 2-for-4 with a double and a run scored. Ornelas reached base twice for the Crawdads and drove in a run, going 1-for-2 with a walk and an RBI.

Hans Crouse started for the Crawdads but was not eligible for the win after going just four innings. In those four shutout frames, Crouse allowed three hits and two walks while striking out seven. Abdiel Mendoza tossed a scoreless fifth before handing the ball off to Wolfram, who earned the win at the scorekeeper's discretion.

The Shorebirds look to even their series with the Crawdads on Saturday night. Drew Rom (6-1, 1.54) draws the start for Delmarva against Ronny Henriquez (3-4, 4.37) for Hickory. First pitch is slated at Perdue Stadium is slated for 7:05 p.m. with gates opening at 4:00 for batting practice. Saturday night's game is Rotary night at Perdue Stadium with Q105 Fireworks presented by Wor-Wic Community College after the game. Pregame coverage on Fox Sports 960 AM and the MiLB First Pitch App begins at 6:50 with Will DeBoer and Sam Jellinek on the call.