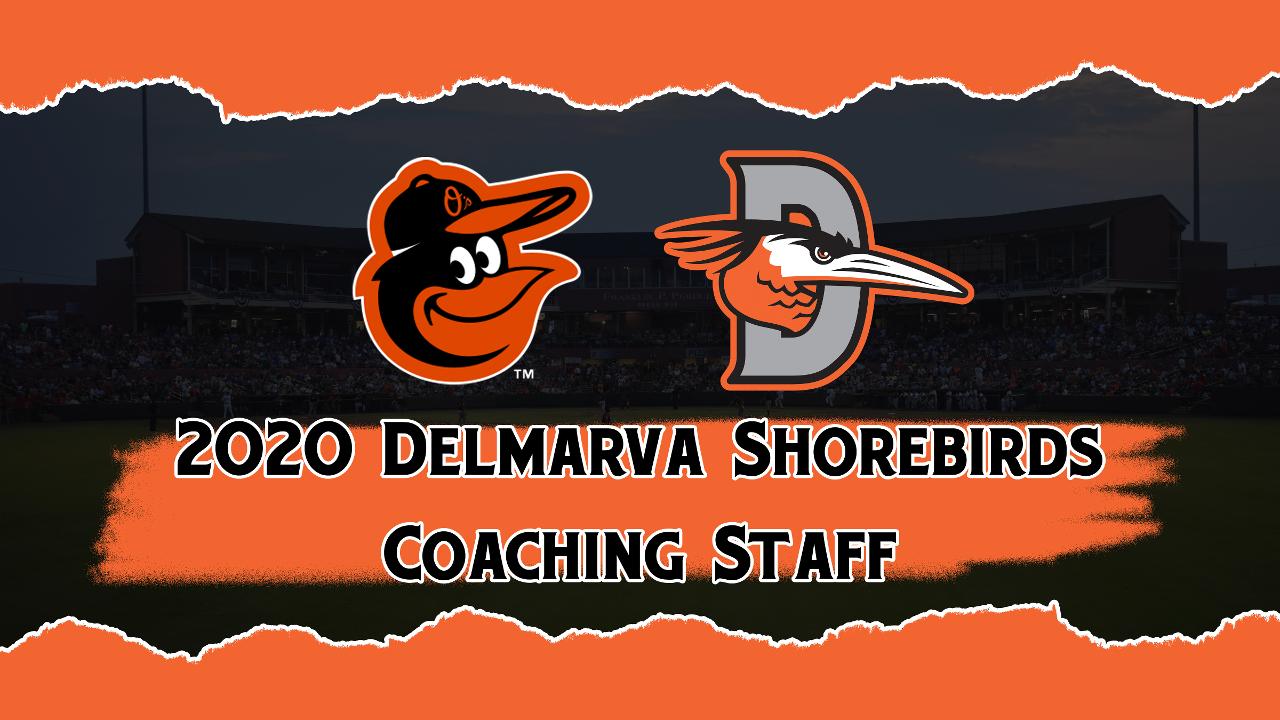 A baseball lifer, Anderson has nine years of minor league managerial experience and over a quarter century of coaching expertise under his belt. He managed in the Detroit Tigers system from 1994-2000, taking Double-A Jacksonville to the Southern League Championship Series in 1998. After a stint managing the University of Memphis, his alma mater, Anderson returned to the minors in 2007, leading Double-A Frisco (Texas) to the Texas League postseason. He later joined the Rangers' major league staff, winning two American League pennants in 2010 and 2011 as third base coach. After spending 2013 as the Rangers' first base coach, he joined the Orioles as an infield instructor in 2014. The following year he joined the L.A. Angels system to manage in Triple-A Salt Lake, returning to Baltimore in 2016.

Not only does Anderson provide the Shorebirds with coaching prowess, he also brings 10 years of major league playing experience to the dugout. Anderson played eight seasons for the Los Angeles Dodgers and two for the San Francisco Giants, batting .242 with 19 homers and 143 RBIs over 873 career games. A 1981 first-round pick and first-team All-American out of Memphis, Anderson won a World Series with the Dodgers in 1988.

Robbie Aviles continues his journey through the Orioles' minor league coaching ranks after spending last season as the pitching coach in short-season Aberdeen. Under Aviles' watch, the IronBirds' staff boasted the best ERA (2.38) and WHIP (1.11) in the entire minor leagues. In his own playing days, Aviles pitched seven seasons in the Cleveland Indians' system, reaching as high as Triple-A Columbus in 2017.

Ryan Fuller joins Delmarva for his first season as a hitting coach in the Orioles' organization. After playing one season in the Diamondbacks system in 2012, Fuller became a hitting instructor at Power in Training (The PIT) in Connecticut. A second-team All-Big East performer at the University of Connecticut, he led the team with five triples in 2012, finishing second on the Huskies' single-season leaderboard.

Jeff Kunkel enters his first season with the O's as the Shorebirds' fundamentals coach. Originally drafted by Detroit in 2005, Kunkel spent six seasons in the Tigers' farm system as a catcher before becoming a bullpen catcher in 2012. The University of Michigan standout and All-Big Ten performer served the past four seasons as an area scout for Detroit. Kunkel's father, also named Jeff, as well as his grandfather Bill, both played in the major leagues.

Matt Packer begins his first season in the Orioles system with the Shorebirds as development coach. Packer previously served as the hitting coach at Post University in Connecticut and at the IMG Academy in Florida. As a pitcher, Packer spent six seasons in the Cleveland system from 2009-14, reaching as high as Triple-A Columbus. He played independent baseball for two seasons before retiring in 2015.

Adam Sparks enters his third season with the Orioles and first with the Shorebirds. After spending the last two seasons as the athletic trainer for the Gulf Coast League Orioles, Sparks comes to the Eastern Shore after winning GCL Trainer of the Year award in 2018.

"Last year was a successful year on and off the field and we are looking forward to welcoming in this year's coaching staff in hopes of winning the South Atlantic League crown," said Shorebirds general manager Chris Bitters. "We had a great 2019 season as the MiLB Team of the Year and we are excited to continue to host the Orioles premiere talent and leadership as they continue their journey to the Major Leagues."

Opening Night is set for Thursday, April 9, when the Shorebirds play host to the Asheville Tourists, Class-A affiliate of the Colorado Rockies. Full season, half-season, and 12/22 game mini-plan ticket packages can be purchased now at www.milb.com/delmarva/tickets.

For more information on the Shorebirds, call 410-219-3112 or visit theshorebirds.com