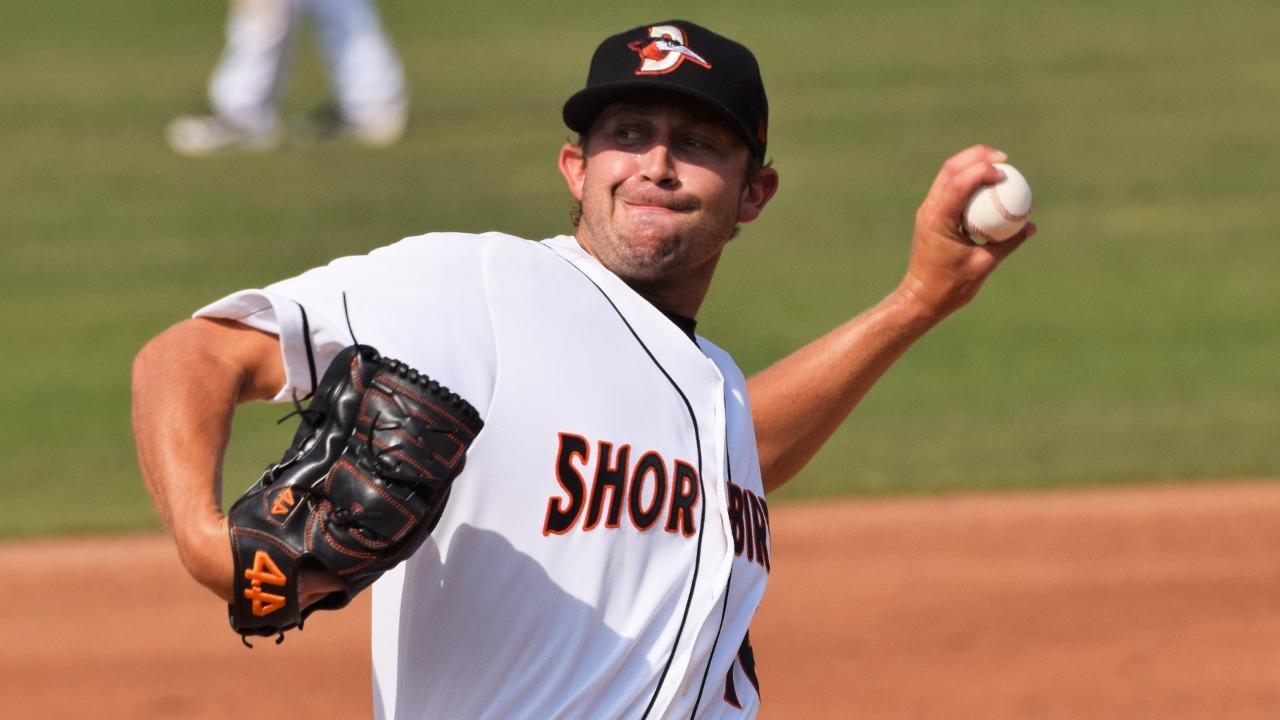 SALISBURY, MD - After forging the crown jewel of his rapid ascendance to the top of the rotation, the Delmarva Shorebirds are pleased to announce that left-handed pitcher Ryan Wilson has been named South Atlantic League Pitcher of the Week for the week of July 8-14.

The 22-year-old from Carlsbad, Calif. recorded the best start of his career on Tuesday, July 9, at West Virginia, tossing seven scoreless innings and striking out 11 batters as part of the Shorebirds' 9-0 shutout win over the Power. Wilson allowed just three baserunners on two hits and a hit batsman and retired the final 10 in a row to face him. The start was the longest of Wilson's career and set a new career high in strikeouts, surpassing the 10 punchouts from his previous start on July 3 at Lakewood.

After beginning the season in extended spring training and joining the Delmarva rotation on May 18, Wilson has reached new heights over the past month. In five starts since June 15, the southpaw boasts a 0.58 ERA, giving up just three runs (two earned) in 31 innings while walking seven and striking out 35. Wilson has gone 3-1 over that span of five consecutive Quality Starts.

Overall this season, Wilson, who spent 2018 with the Shorebirds as a reliever, sports a 4-3 record and a 2.89 ERA in nine starts. His success gives the Shorebirds yet another ace in their pocket; thanks in part to Wilson, Delmarva leads the SAL with a remarkable 2.83 ERA, nearly half a run better than the second-best team mark.

This is the first career weekly award for Wilson and the second for the Shorebirds this season; Grayson Rodriguez won Pitcher of the Week for April 4-14. The Baltimore Orioles drafted Wilson out of Pepperdine University (Malibu, Calif.) in the 33rd round of the 2017 MLB First Year Player Draft.

Wilson is slated to start the Shorebirds' series opener against the Lakewood BlueClaws tonight at Arthur W. Perdue Stadium. First pitch is set for 7:05 p.m. with gates opening at 6:00. Monday at Perdue Stadium is 47 ABC $3 Buck Monday presented by Wicomico Heating and Airconditioning. Pregame coverage on Fox Sports 960 AM and the MiLB First Pitch App begins at 6:50 with Will DeBoer and Sam Jellinek on the call.