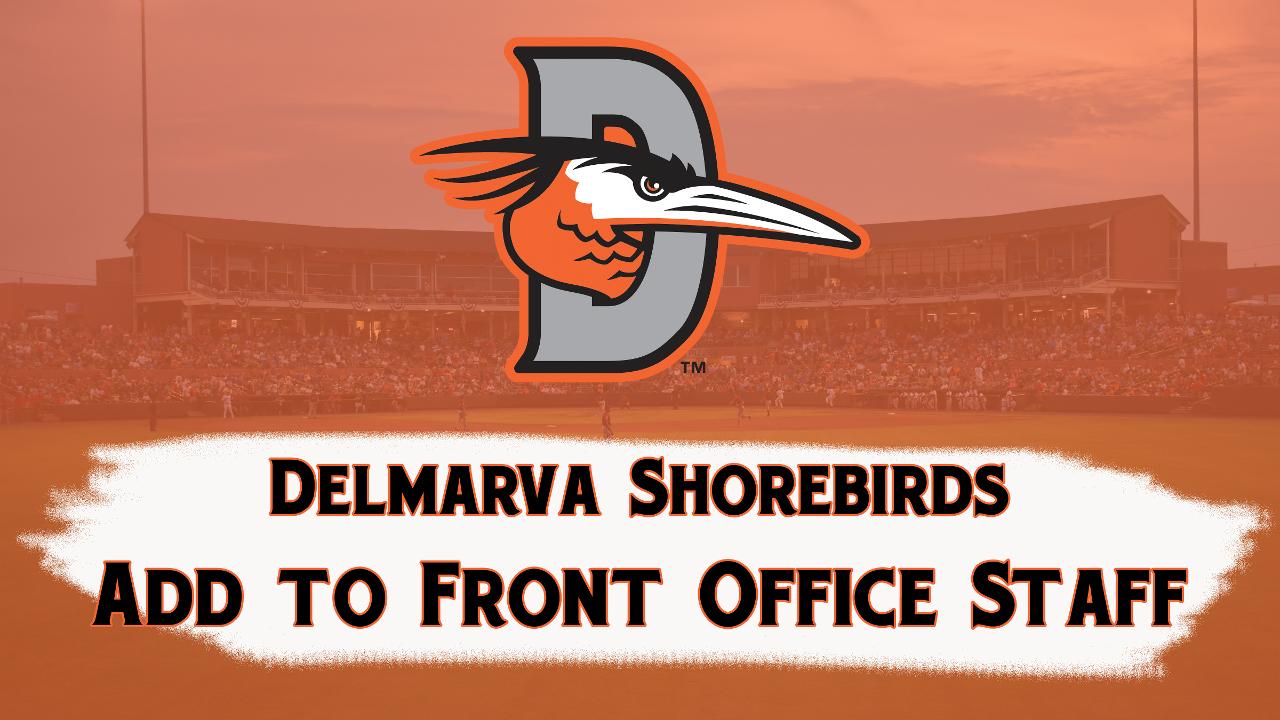 SALISBURY, MD. - As the Delmarva Shorebirds gear up for the 25th season in franchise history, the team welcomes in some new staff members. The Shorebirds are pleased to introduce Billy Blackwell, Chris Borysewicz, Nikki Meredith, and Ben Vigliarolo, to their 2020 front office staff, as well as reintroduce Will DeBoer and Chip Woytowitz into new front office roles.

Blackwell enters his first season with Delmarva as the Director of Stadium Operations. Before the Shorebirds, Blackwell served as the Stadium Operations Assistant in 2019 for the Frederick Keys, the Class-A Advanced Affiliate of the Orioles, and with two separate teams in the Coastal Plains League prior. A University of South Carolina graduate, Blackwell is originally from Rockville, Maryland.

Borysewicz comes to the Shorebirds as a Ticket Sales Account Executive. Entering his fourth season in affiliated baseball, Borysewicz has spent the last two seasons as a Group Sales Coordinator for the Oklahoma City Dodgers and the prior year as an Inside Sales Representative with the Peoria Chiefs. Originally from Richmond, Virginia, Boryweicz attended both East Carolina University and Old Dominion University.

Meredith joins the Shorebirds for her first season as a Ticket Sales Account Executive. Previously, Meredith was the Vice President of Rookie Recruiting, LLC's student-athlete division and the Program Coordinator at Talbot Parks and Recreation. Originally from Federalsburg, Maryland, she also served as an Assistant Varsity Girls Basketball Coach at Sussex Tech from 2011-2018. Meredith holds a Master's Degree from Wilmington University.

Vigliarolo joins the Shorebirds as Director of Marketing. He comes to the Eastern Shore after spending 2019 as the Marketing and Communications Manager for the Beloit Snappers. Prior to his affiliated baseball experience, Vigliarolo spent two summers working for the West Virginia Miners in the Prospect League. Originally from West Bloomfield, Michigan, Vigliarolo graduated from Trine University with a B.A. in Communication.

DeBoer has been elevated to full-time Director of Broadcasting & Communications and will continue as the radio voice of the Shorebirds, a role he has held since 2017. Originally from West Lafayette, Indiana, DeBoer graduated with a B.A. from Hope College and a M.P.A. from Columbus State University. He is also the lead broadcaster for the University of Maryland Eastern Shore men's and women's basketball teams.

The 2020 season marks the second for Woytowitz with the Shorebirds, who will transition to the team's Community Relations Manager. Prior to starting as an Account Executive for the Shorebirds in 2019, Woytowitz spent two years with the Norfolk Tides, the Triple-A Affiliate of the Baltimore Orioles, in their Group Sales and Stadium Operations departments. Originally from Annapolis, Woytowitz holds a B.S. in Sports Management from Old Dominion University.

The Shorebirds will begin the 2020 campaign at Arthur W. Perdue Stadium on April 9, 2020, against the Asheville Tourists. First pitch is set for 7:05 p.m.