Myrtle Beach scores four in the second, six in the sixth in 11-3 win 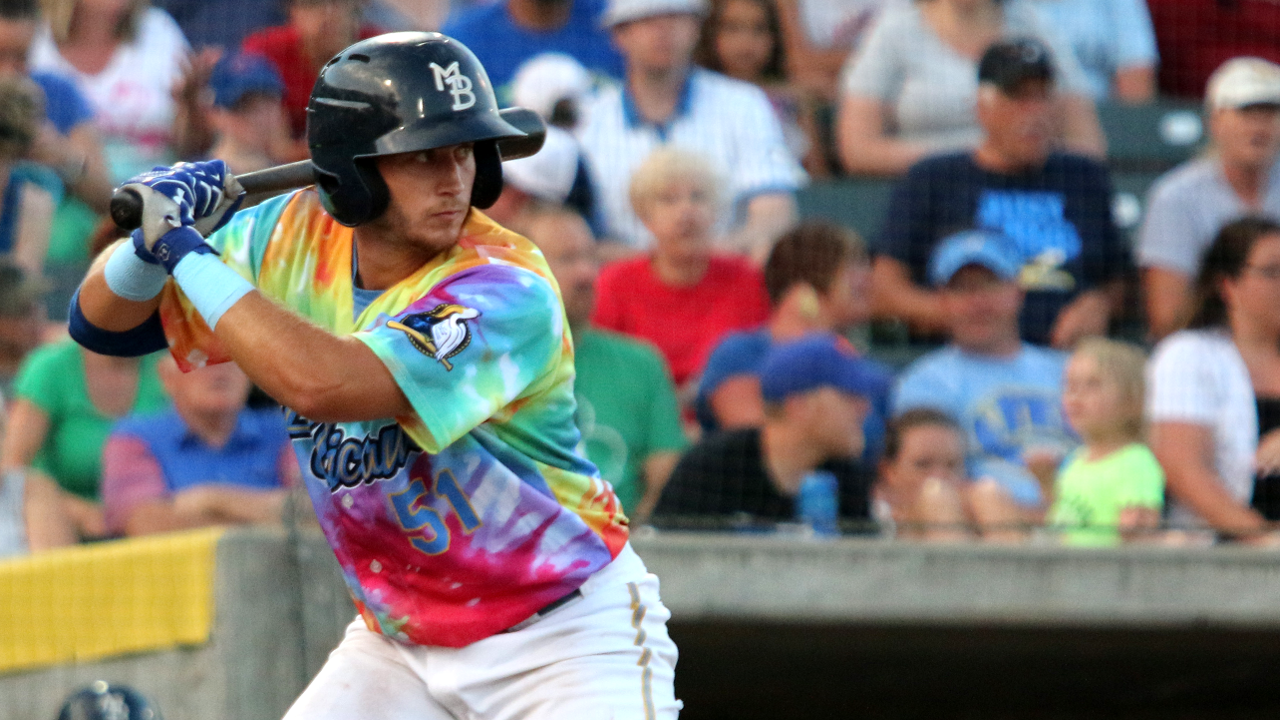 P.J. Higgins went 4-for-5 with a double and a three-run home run in Tuesday's win over Carolina. (Larry Kave/Myrtle Beach Pelicans)

With the Pelicans (41-49, 7-13) leading 4-3 going into the sixth, Kevonte Mitchell started the inning with a solo homer, his fourth of the season. Later, Jhonny Pereda raked a two-run double to right-center field to make it 8-3. Higgins then crushed a three-run home run to cap a six-run inning, matching Myrtle Beach's biggest frame of the season.

A seventh-inning RBI single from D.J. Wilson , which scored Mitchell, added on for the Pelicans at 11-3.

In the top of the second inning, the Mudcats struck first on a sacrifice fly from Dustin Houle.

Roberto Caro slammed a two-run double off Carolina (46-43, 12-7) starter Cameron Roegner (8-5) in the bottom of the second to give the Pelicans a 2-1 lead before Wilson doubled him home. Andruw Monasterio then ripped an RBI single to make it 4-1 Myrtle Beach.

Cooper Hummel's RBI single for the Mudcats made it a two-run game in the third inning. Houle plated a run in the sixth inning on an RBI ground out to cut the deficit to one, but the Birds exploded in the bottom of the sixth to seal the game.

Erich Uelmen (3-1) earned the win for the Pelicans, tossing five innings while ceding just two runs on five hits. He struck out five and walked one.