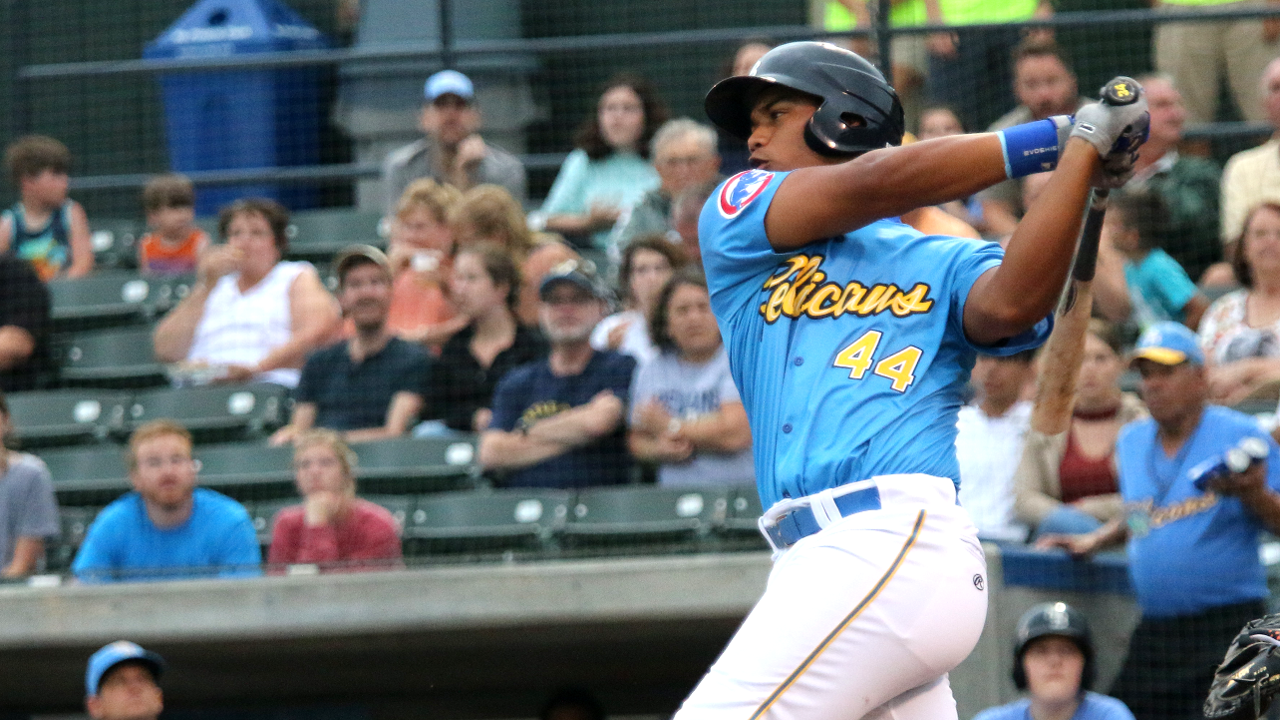 In a scoreless game in the fourth, Galindo doubled off Buies Creek (32-26) starter Brandon Bailey (1-6) with two outs. Kevonte Mitchell , who notched two hits, promptly singled in Galindo for the game's first run.

Lange (4-2) scattered a pair of hits and a walk in six shutout innings, striking out four to earn the win. He pushed his scoreless innings streak to 19, and over his last four starts, the right-hander has pitched to a 0.41 ERA (1 ER in 22.0 IP).

With the score still 1-0, Andruw Monasterio singled and Aramis Ademan walked to begin the ninth. After a sacrifice bunt, Galindo launched an opposite field shot to push the Pelicans' (29-29) lead to 4-0.

That homer proved to be huge in the bottom of the ninth. Kristian Trompiz started the frame with a walk. Two batters later, a J.J. Matijevic single put runners on the corners. Abraham Toro followed with an RBI single and then Ronnie Dawson hit an RBI ground out to halve the Birds' lead to 4-2.

Myrtle Beach brought Casey Bloomquist in the game. However, Jake Adams walked and Luis Payano hit an RBI single to get Buies Creek within 4-3. However, with the tying run on second and the winning run on first, Chuckie Robinson grounded out to end the ballgame. Bloomquist earned his first save of the season.

The victory was Myrtle Beach's season-high fifth straight and the Birds' 11th in their last 13 contests. The Pelicans also pushed their record to .500 for the first time all year.