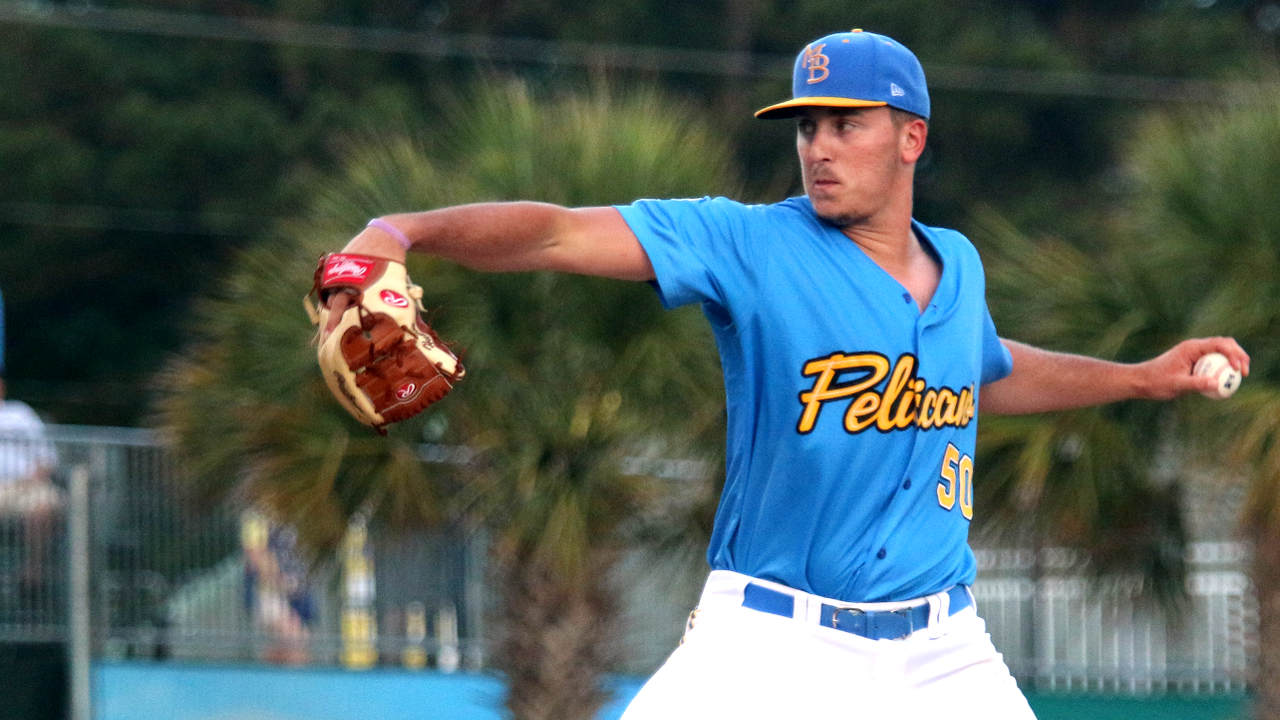 KINSTON, N.C. (July 14, 2018) - Bryan Hudson was brilliant for the Myrtle Beach Pelicans on Saturday night in a 4-1 win over the Down East Wood Ducks from Grainger Stadium.

Hudson (6-7) tied a season-best with six innings for the Pelicans (44-49, 10-13), only allowing one unearned run on two hits while striking out three and walking two.

The unearned run came in the first inning when the Wood Ducks' (44-50, 9-15) LeDarius Clark, who reached on an error, scored on a double play.

The Pelicans roared back to take the lead in the top of the fourth inning. Aramis Ademan reached on a fielder's choice and Jhonny Pereda , who went 3-for-4, singled to put two aboard. Kevonte Mitchell banged a two-run double off of the left field wall to give the Birds a 2-1 lead.

In the top of the fifth, Roberto Caro walked, stole both second and third and then scored on an Ademan single. Ademan swiped second and then trotted home on an RBI single by Pereda, making it 4-1 Pelicans.

Tyler Peyton tossed three inning out of the bullpen, only allowing one hit for the Pelicans to pick up his seventh save.

The Pelicans continue their four-game series against Down East on Sunday with a 4:00 p.m. first pitch. RHP Tyson Miller  (7-6, 3.62 ERA) starts for Myrtle Beach against Down East LHP Yohander Mendez (1-1, 3.24 ERA). Coverage begins at 3:45 p.m. on MiLB.tv, MyrtleBeachPelicans.com/Broadcast, the MiLB First Pitch app and TuneIn.