Infielder hit .317 with the Bisons in August 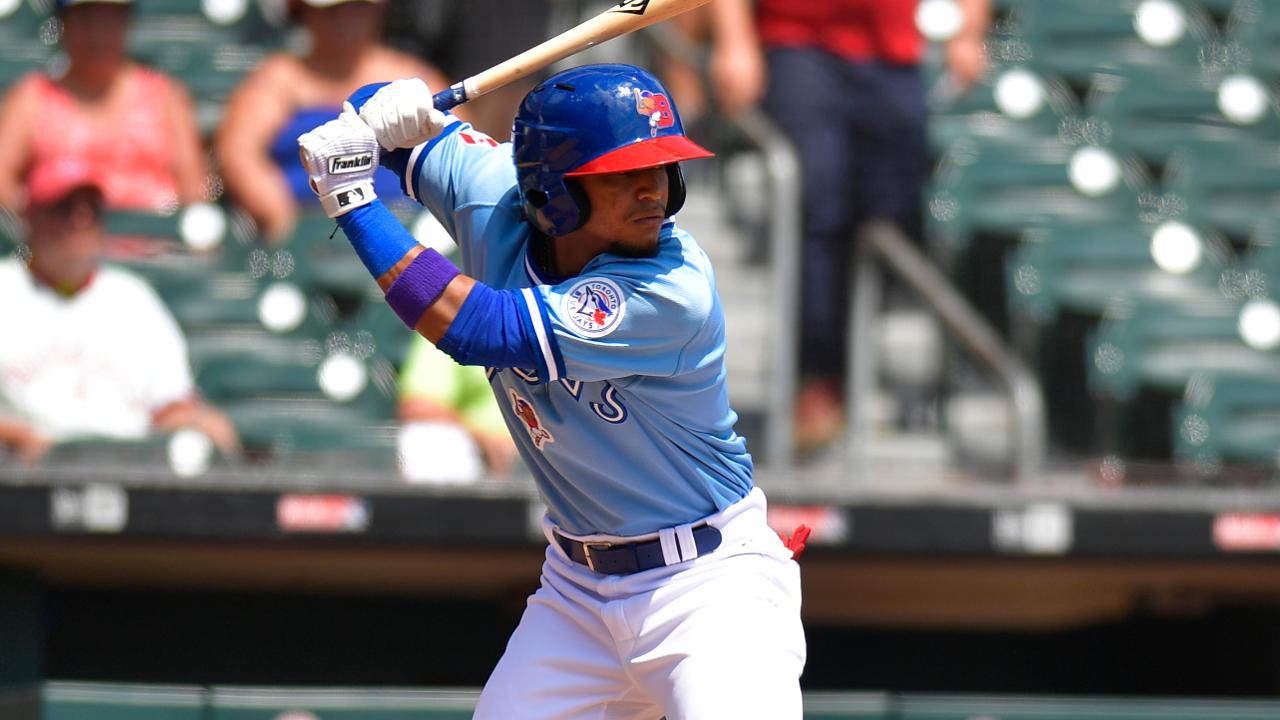 With this season's Rule V draft just weeks away, the Blue Jays have added a pair of players to their protected 40-man roster, including one infielder who impressed with the Bisons in his Triple-A debut in 2019.

Infielder Santiago Espinal, who hit .317 with two home runs and 14 RBI in 28 games with Buffalo at the end of the season, and Double-A pitcher Thomas Hatch, were both added to the Blue Jays 40-man. To make room, Toronto designed pitcher Justin Shafer and assigned southpaw Tim Mayza to the Herd.

Espinal was the player acquired by the Blue Jays when they traded infielder Steve Pearce to the Boston Red Sox in 2018. Espinal spent most of last season with New Hampshire (94 games, .278-5-57) but joined the Bisons on August 3 and after being held hitless in his first four career Triple-A games, was one of the team's best hitters.

Espinal ended the season on a 10-game hit streak and was held without a hit in just three of his final 24 games of the year. From August 9th on, he led the Bisons with a.371 average and a .417 on-base percentage. During that 24-game stretch, Espinal had 10 multi-hit performances.

Hatch is a 25-year old righty that was acquired by the Blue Jays from the Cubs in exchange for veteran pitcher, David Phelps. In his six starts with the Fisher Cats, he went 2-3 and registered a 2.80 ERA while recording 34 strikeouts and two walks over 35.1 innings pitched.

Because they are now members of the Blue Jays 40-man roster, neither Espinal or Hatch will be available for other team's in this year's Rule V draft on December 12.