Former big league catcher has made playoffs twice as skipper 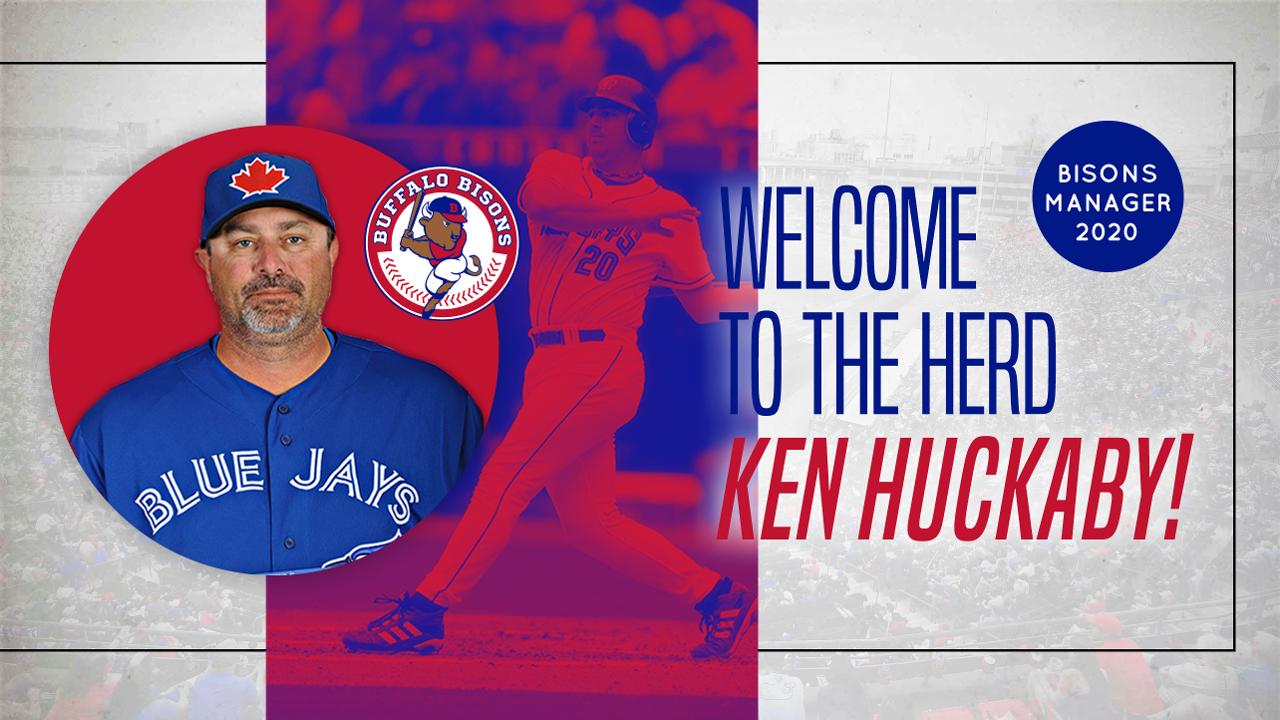 The Toronto Blue Jays today have announced that they have selected Ken Huckaby as the manager of the Buffalo Bisons for the 2020 season. The former big league catcher is set to become the 21st manager in the Herd's modern era.

Huckaby, 48, has twice served as manager in his seven-year coaching career in the Blue Jays organization, amassing a 149-125 record and making the playoffs in each season. In 2015, he led the Single-A Lansing Lugnuts to a 73-66 record that included a first-half Eastern Division championship (42-28) and a berth in Midwest League Playoffs. The following season, Huckaby posted another winning record with the Single-A Dunedin Blue Jays (76-59) as well as a second-half North Division championship and a spot in the Florida State League playoffs.

Huckaby has spent the last three seasons as Toronto's minor league catching coordinator. He first joined the Blue Jays in 2013 as the hitting coach with the Gulf Coast League Blue Jays and served in the same role the following season with Lansing.

Huckaby was originally drafted by the Los Angeles Dodgers in the 22nd round of the 1991 June Amateur Draft and made his Major League debut in 2001 with the Arizona Diamondbacks.

Huckaby appeared in 88 games with the Blue Jays in 2002, spending parts of three seasons in the Big Leagues with Toronto (2002-03, 2005). He also played for the Texas Rangers, Baltimore Orioles, and Boston Red Sox throughout his six-year MLB career. In 2006, he served as catcher for the Red Sox in eight games.

Huckaby also spent parts of 18 seasons in the minor leagues, playing in 886 Triple-A games between the International League and Pacific Coast League. Over 200 of those games came with the Columbus Clippers, Syracuse Chiefs and Pawtucket Red Sox. Huckaby was a member of the Clippers in 1998 and the Chiefs in 2002, 2003, and 2005, while making 88 appearances with the PawSox in 2006.