2020 Envisioning: The Lugnuts' Next Outfield 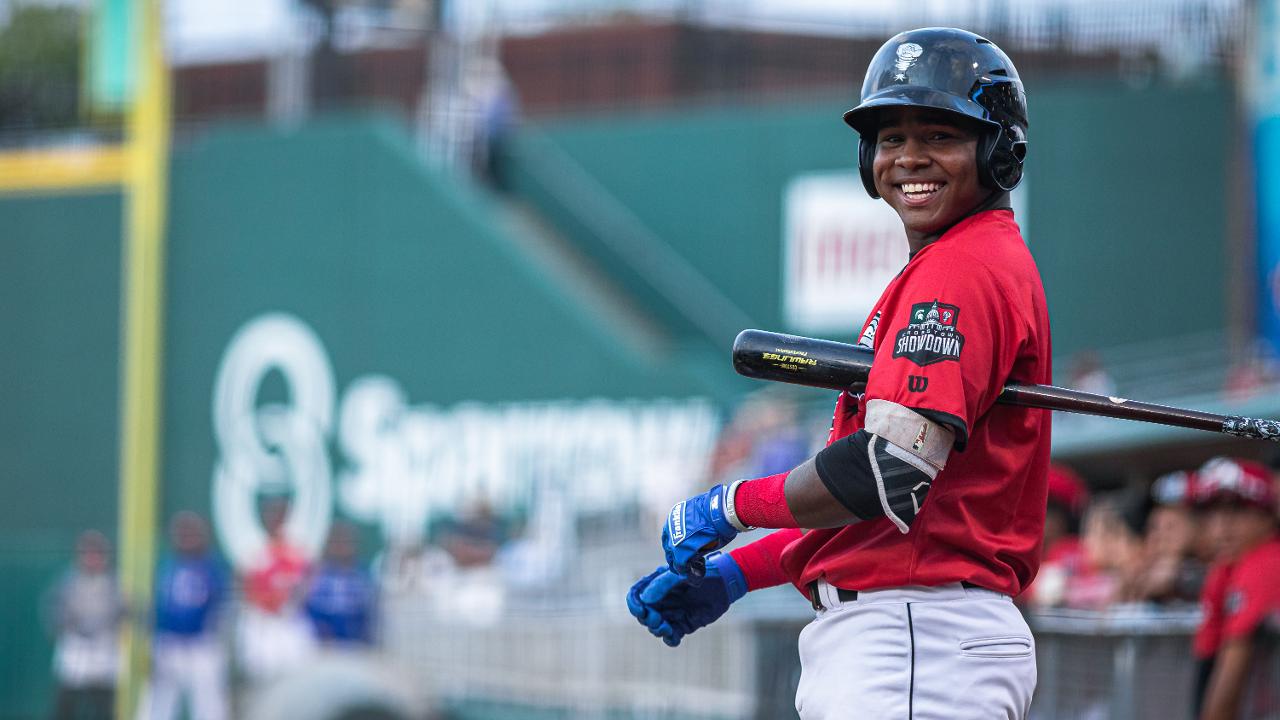 This is rookie-league outfielder Jhon Solarte, likely a year or two away from playing in Lansing - but he made a winning first impression in September. (Miguel Arcaute / Lansing Lugnuts)

Part I - click here to read it - was a look at which of the Blue Jays' current Top 30 prospects could play in Lansing in 2020, the 25th season of Lugnuts baseball.

Part II featured a closer look at the Lugnuts' potential catchers and infielders.

Today, we move to the outfield.

The 2019 Lugnuts outfield had Reggie Pruitt, Griffin Conine and Otto Lopez, each of whom is highly likely (as close to 100% as you could get, barring injury, trade, etc.) to start next year in A-Adv. Dunedin; DJ Neal and Hunter Steinmetz, who are candidates to return; and Dominic Abbadessa and Mc Gregory Contreras, who are interesting: Neither one hit in Lansing (Abbadessa hit .189 with a .571 OPS, Contreras hit .211 with a .593 OPS), and then after they were both transferred to Vancouver, neither one hit for the Canadians (Abbadessa - .184 with a .468 OPS, Contreras - .211 with a .579 OPS).

But there are some other names you should know:

Vancouver's other outfielders were Abbadessa, Contreras and Adrian Ramos (.104 avg., 12-for-115, nine steals).

Down in Adv. Rookie Bluefield...

There are two outfielders who are worth remembering even if they're not likely to be Lugnuts in 2020.

We have a basic understanding as to who will be Nuts next year, yet we don't really have a clear picture -- which makes the work the players put in this offseason matter all that much more to their initial assignments and how successful they will be in the coming year. (A constant guarantee: Hard work pays off.)