Burns led the 2019 Bisons in hits, Kivlehan led in homers 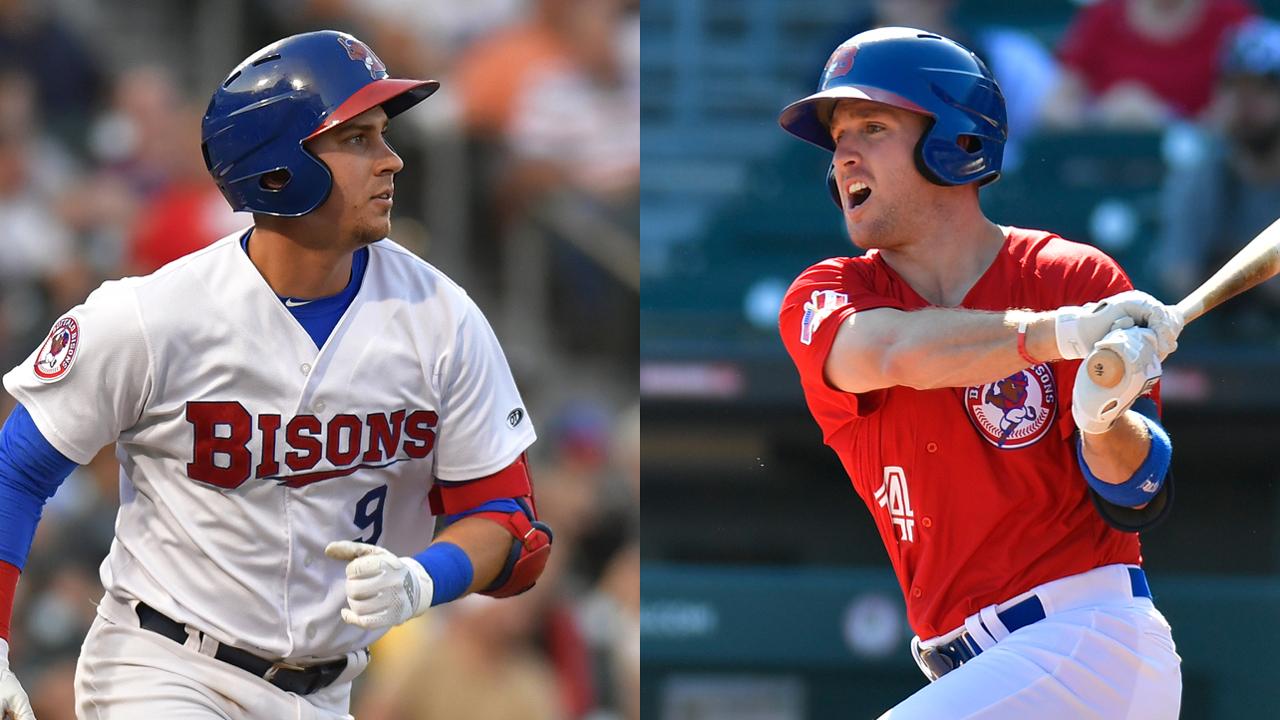 Burns first debuted for the Herd in 2015 and has moved into the top 10 in several categories of the team's modern era hitting leaders. He ranks fifth in games played (355), sixth in base hits (349), and fifth in doubles (68).

Kivlehan was one of the top offensive performers in the IL in 2019, beginning the season with the Indianapolis Indians before being acquired in a trade with the Pittsburgh Pirates. He combined to hit 29 home runs and 75 RBI, which both ranked in the top 10 in the league. Kivlehan hit 25 of his 29 home runs with the Herd, making him the 11th Bison in the modern era to hit 25 or more homers and the first since 2013 to accomplish the feat. The infielder belted two home runs four separate times with the Herd as well.

Kivlehan split his time between the corner infield positions, making 28 starts at first base and 32 at third, in addition to serving as the designated hitter 27 times in 2019.

Aumont was a member of the Herd in 2015, making four starts and five overall appearances while going 0-2 with a 6.00 ERA. The right hander has spent parts of four seasons in the Majors, all spent with the Philadelphia Phillies. He has made 46 career appearances for the Phillies, with his lone MLB win coming in 2013.

Cole is no stranger to the IL, spending parts of six seasons in the league after being drafted in the 4th round of the 2010 MLB Draft by the Washington Nationals. He made a career high 22 starts for the Syracuse Chiefs in 2016, logging a career high eight wins as well. The righty spent last season in the Cleveland Indians organization, including 25 MLB relief outings and 13 appearances with the Columbus Clippers.